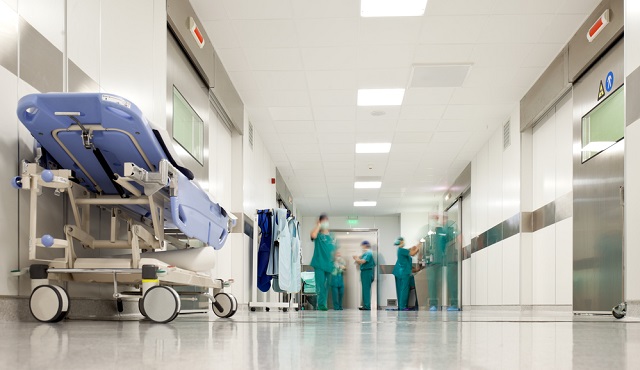 File photo of a hospital: vilevi/Depositphotos

The girl, Sofia Zago, had not travelled to any at-risk countries but had spent her summer holiday with her family at the seaside in Italy's Veneto region, which like Europe as a whole is typically malaria-free.

She had been admitted for diabetes treatment to the paediatric department of the Santa Chiara hospital, which was also treating a family that had contracted malaria during a trip to Burkina Faso.

Experts are exploring whether the disease was passed from the family to Sofia via a mosquito bite, while prosecutors in Trento are investigating whether the girl could have caught it from a re-used needle at the hospital.

The hospital has said it uses only disposable, single-use needles.

Both the family and Sofia were suffering from the same type of malaria – plasmodium falciparum – but experts were trying to determine whether they were affected by the same strain.

Different strains would rule out contamination in the hospital. Sofia's autopsy was scheduled for Thursday. Only some types of mosquito, called anopheline, are able to transmit the disease from person to person.

“There are still anopheline mosquitoes in parts of Italy that can transmit malaria, but these would be unlikely to be found as far north as Trentino,” Colin Sutherland, a professor of Parasitology at the London School of Hygiene & Tropical Medicine, told AFP.

“There are also recorded cases of mosquitoes from malaria-endemic countries making it to Europe and transmitting the disease during a hot summer. This could reach Europe in either in the body of an aircraft, or items of luggage,” he said. But Massimo Galli, vice-president of the Italian Society of Infectious Diseases, said a so-called suitcase mosquito was unlikely in this case as the family did not travel directly from Africa to the hospital with their luggage.

He admitted that the case was a mystery, saying “we need to consider the improbable, the almost-impossible”.

Trento's health service said traps laid in the hospital after Sofia's death found no anopheline mosquitos – though as the disease has an incubation period of up to 20 days, the offending mosquito could have come and gone.

Sofia was initially thought to have pharyngitis before doctors realized on Saturday that it was malaria and she was transferred to intensive care, but her condition deteriorated rapidly and she died early on Monday.

The family which had travelled to Burkina Faso – a mother, a teenage son and two small children – recovered.

Malaria was rife in Italy in the 19th century, particularly in the centre, south and islands.

But after mass draining of marshlands and the widespread use of the medicine quinine, the country was declared malaria-free in 1962.

With global climate change, the potential for the reappearance of malaria in countries where it was previously eradicated exists, but is relatively small.

According to the World Health Organization, there were 212 million cases of malaria worldwide in 2015, and 429,000 deaths. Ninety percent of malaria cases and deaths occur in Africa, with children under five most at risk.