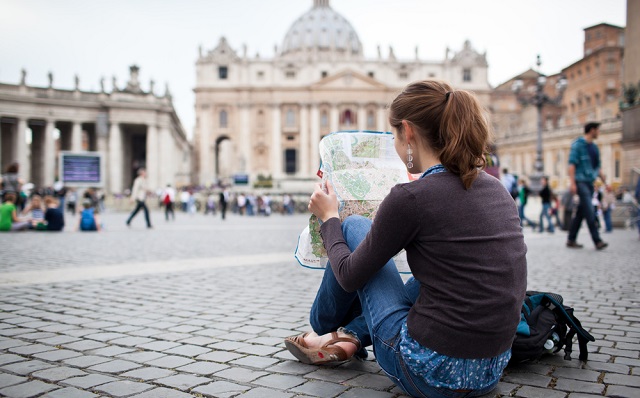 In total, almost 50 million people spent the night at an Italian hotel during June, July, and August this year.

The exact number was 48.3 million, according to figures shared by Italian hotel trade association Federalberghi and the Cultural Ministry, and represented a two percent increase compared to last year.

On top of that, a further three million spent the night at an Airbnb accommodation, a huge 20 percent increase year-on-year.

Seaside resorts reported a dramatic rise in visitors, with 16 percent more people visiting beach resorts this summer than in the same period in 2016.

But tourists were also attracted by culture, and museums saw a 12.5 percent increase in visitor numbers, with Puglia leading the way.

READ ALSO: From taps to ancient erotica: 15 of the strangest museums in Italy

The increase was not purely down to foreign visitors but also domestic tourists, with 34 million Italians holidaying in their own country – up 3.2 percent on last year.

Culture Minister Dario Franceschini hailed the record numbers, calling the figures “extraordinary” and writing on Twitter: “The growth [in the tourism industry] stimulates the whole economy.”

The rise in visitor figures may not be welcome news to locals, however.

An anti-tourist movement is growing in some of the country's most popular beauty spots, including Venice and the towns of Cinque Terre, where local residents have protested against overcrowding in their cities and an impact on liveability.

One of the ways the government has tried to tackle the problem is by promoting lesser-explored corners of the country – and the plan seems to have had some success.

2017 was named the Italian 'Year of the Village', and the Culture Ministry reported an increase of 74 percent in tourism to rural areas this year, based on figures provided by Airbnb. Data from farming organization Coldiretti also showed an eight percent rise in overnight stays at Italian farmhouses.

The Culture Ministry said that after a promising spring and record summer, 2017 was on its way to being a record year for tourism, and it predicted a further rise in arrivals throughout the autumn.

More than nine million Italians are expected to go on holiday within the country during September – an increase of more than seven percent on 2016 – and a small increase is also predicted among foreign visitors, particularly those from China, Spain, and the USA, the ministry said.