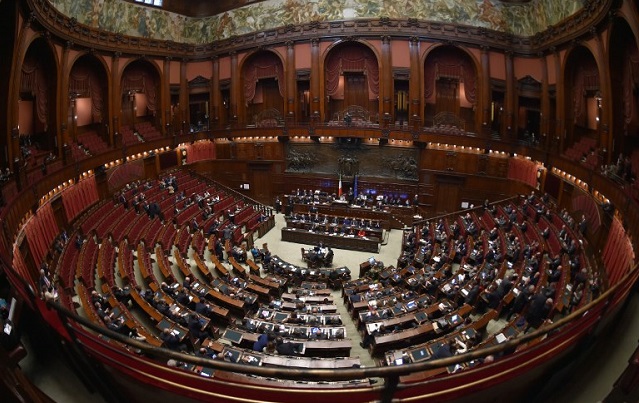 The smallest among them are often referred to as 'shrubs' or 'minnows' and come from all sides of the political spectrum.

But since the Second World War, no single party has ever earned enough votes to govern alone, making coalitions the norm – which means the small parties can have a decisive impact when it comes to forming alliances.

Here's a look at some of Italy's smaller parties and who their strongest allies are.

This rightwing party is part of Silvio Berlusconi's centre-right alliance, along with Berlusconi's Forza Italia and the Northern League.

Its views are national-conservative, and 'Brothers of Italy' is a reference to the first line of Italy's national anthem. The party has taken an anti-euro stance, siding with Marine Le Pen in this year's French elections, which she ultimately lost.

The party obtained two percent of the votes and nine seats in Italy's Lower House of Parliament in the 2013 election, though it performed better in the local elections later that year. The newest kid on the political block is an alliance created in December 2017 by Senate president and former anti-mafia prosecutor Pietro Grasso. It includes ex-Democratic Party (PD) members who left due to disagreements with party leader Matteo Renzi, and is made up of the Italian Left, Democratic and Progressive Movement (both described in more detail below) as well as Possible, a small leftwing party founded in 2015.

In 2017, a group of rebels within the Democratic Party who were opposed to party leader Matteo Renzi broke away to form the MDP, and were joined by some politicians of the Italian Left. In their opening manifesto, they said they aimed to “begin a centre-left renewal”, though the group supports Paolo Gentiloni's government. Only founded in March 2017, the AP is a descendant of the New Centre Right, which split off from the People of Freedom (PdL) just before that party became Forza Italia. It sounds confusing (and it is!) but gives some idea of how common breakaway parties and changes in name (and ideology) are on the Italian political scene.

The AP is led by Angelino Alfano, who was secretary of the Silvio Berlusconi-led PdL until 2013 and widely expected to eventually take over from the media magnate. Alfano was Justice Minister under Berlusconi and has held the offices of Interior Minister and Foreign Minister since he struck out on his own. Currently, the AP has 21 deputies (of a total of 630) and 21 senators (of 315).

The AP's ideology has its roots in Christian democracy, and Alfano has been a conservative voice in recent governments on issues such as gay rights, adoption, and surrogacy, which he controversially called for to be treated “like a sex crime”.

However, Alfano threw the party's future into doubt when he announced in December he would not be running in the 2018 election, a blow to the PD, as the AP is part of its current government and would have been a likely ally. Formed in January 2017, Direction Italy is a centre-right party combining conservative and liberal stances. It was preceded by the Conservatives and Reformists, which split off from Forza Italia. Both parties were led by Raffaele Fitto who opposed FI's alliance with the Democratic Party under the Nazareno Pact.

Though the RC only has one deputy (its leader, Gianfranco Rotondi), it is affiliated with Forza Italia. As the name would suggest, the party is strongly influenced by Catholic teaching.

Civic Choice was founded by former economist Mario Monti, who led a technocrat government appointed in 2011 to help Italy in the wake of the financial crisis. Despite never having held an elected office, when he left government Monti set up Civic Choice in order to seek re-election as PM as part of a centrist coalition – however, the coalition ended up coming fourth. The party now has seven deputies and its president is Mariano Rabino. The party's full name, Union of Christian and Centre Democrats, gives an insight into its ideology, which is centrist but leaning more to the right, and based on Christian democracy. On issues such as abortion, gay rights, and euthanasia the party is extremely conservative.

It has taken part in different alliances, most often with Forza Italia but also with the Democratic Party and Alfano's Popular Alternative. In the 2013 elections, it gained 1.8 percent of the vote – a significant drop from previous years when it received over five percent – but has performed more strongly in southern regions.