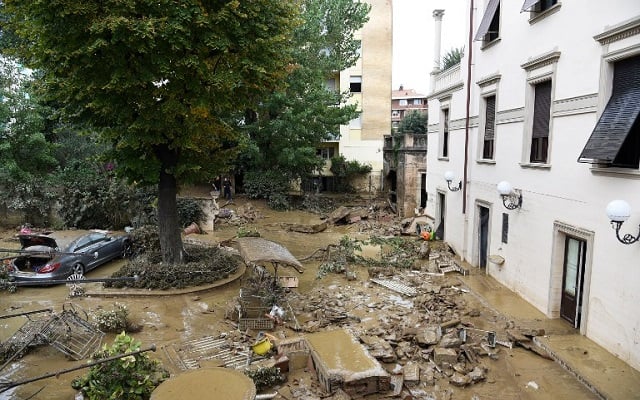 Flood damage to homes in the Livorno area. Photo: STR/AFP

The discovery brought the total death toll to eight, after six other bodies were found on Sunday and one on Monday, following torrential rainfall which left large parts of the city underwater.

Firefighters, volunteers, and the Italian coast guard had been scouring Livorno and its coast for the 67-year-old since Sunday, when he was reported missing.

He was found close to the seventh victim, a 34-year-old woman whose body was found in a private garden on Monday, the Ansa news agency reported. The woman's husband had survived but was suffering from hypothermia.

On Sunday, four members of the same family were found in the basement of their flooded home, where a three-year-old girl was the only survivor. Two further bodies were found separately, one in an area devastated by landslides and the other in a nearby hilltop neighbourhood, fire services said.

Livorno's mayor has criticized the Civil Protection Agency for 'underestimating' the severity of the floods and issuing only an 'orange' level alert rather than the more serious 'red'.

The Tuscan regional governor on Monday requested a state of emergency, which would grant the region special powers to assist in speeding up the post-flood recovery. A total of 400 people are currently involved in the clean-up effort, including firefighters, local authorities, and volunteers. 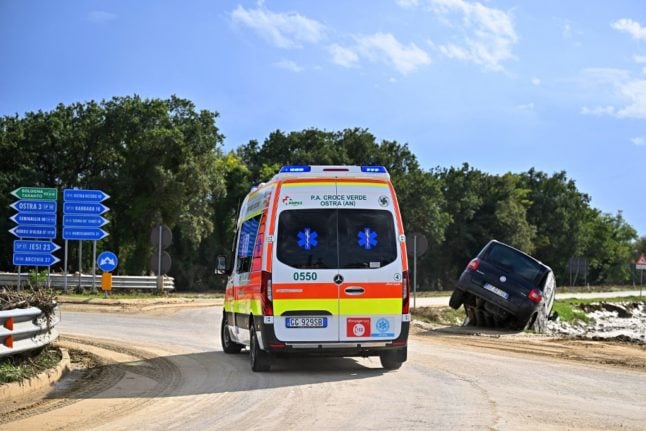