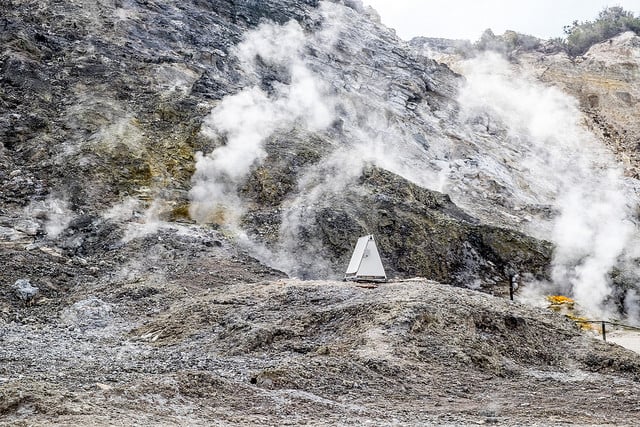 A couple, aged 42 and 45, and their 11-year-old son died at the Solfatara crater, while their other son, aged seven, survived.

According to initial reports, the 11-year-old is believed to have entered an area closed off to visitors and the three-metre deep pit opened up when his parents followed him. However, this has not yet been confirmed by authorities and nor is the cause of death, though it is likely the three died from inhaling gas fumes.

“We are still trying to understand what happened,” a Campi Flegrei park official told AFP. “They crossed the security barriers and fell into the hole”.

Firefighters recovered the bodies of the family, who lived in Meleo in the Veneto region, and the Solfatara crater was closed off for the rest of Tuesday.

The seven-year-old was being looked after by a psychologist on Tuesday afternoon, Repubblica reported.

The owner of a nearby cafe, where the child was taken, told the daily that in 40 years of working by the crater, he had never seen an accident of this kind.

Solfatara is in the Campi Flegrei, a large volcanic area made up of 24 craters. The name 'Solfatara' comes from the term 'sulhpur terra' or 'land of sulphur'.

It has not erupted since the 12th century BC, but is popular with tourists due to its mud pools and sulphurous vapours, which have also been used for medicinal purposes. It is possible that the heavy rains over recent days contributed to the accident by making the ground less stable.