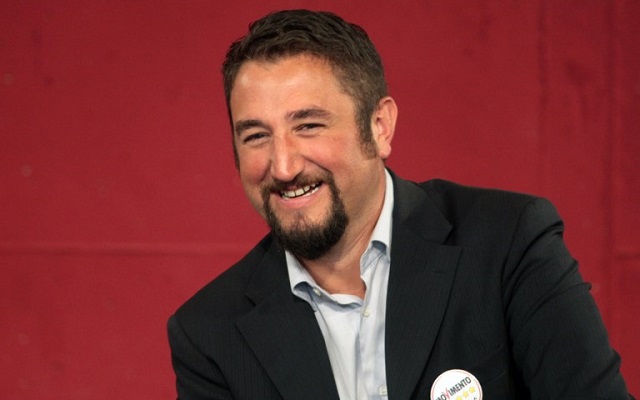 Giancarlo Cancelleri, pictured in 2012, was selected as the party's candidate for regional governor. Photo: AFP

But a Palermo court on Tuesday said it was 'suspending' the result following an appeal, and would issue a new hearing on Monday to either confirm or revoke the measure.

The legal appeal was launched by another Five Star candidate, Mauro Giulivi, who was barred from the regional primary and faced disciplinary action for failing to sign the Movement's “code of ethics”. The court said this was not sufficient reason to bar him from running.

All prospective candidates for the party are obliged to sign the contract – which notes that violation of party principles may result in expulsion from the party and a fine of “at least” €150,000 – before voting takes place.

The ruling could damage the party's credibility ahead of the key vote in Sicily, where it currently enjoys strong support as high levels of unemployment and corruption have left voters enthusiastic for a challenge to the political establishment.

But the setback over this vote is not the first time the party's online voting system has come under scrutiny.

The Movement polls members on policies and draft legislation as well as candidates using an online model named Rousseau, with the aim of showing its commitment to grassroots democracy.

Former members have criticized the party leadership's tight control over the system, as well as the fact that only a small number of supporters are signed up to the online votes: just 150,000, less than a quarter of whom actively participate in the voting, despite a total party membership of millions.

Earlier this year, Genoa candidate Marika Cassimatis was barred from the list, despite topping the poll, when Grillo judged some of her positions to be “contrary to the principles of his movement”.

Writing on his blog later, the party leader did not expand on exactly what these positions, or the party principles supposedly violated, were, but instead called on members to “trust me” – prompting several defections from party members.

Cancelleri, the 42-year-old selected in the July Sicily primaries, has campaigned for comedian Beppe Grillo's party since 2008 and is also close to likely PM candidate Luigi Di Maio. He stood for regional governor in 2012, when he came third but still received an impressive 18 percent of votes, at a time when the Five Star Movement was still seen as a minor party.

It is currently leading many national opinion polls, with the ruling Democratic Party not far behind.