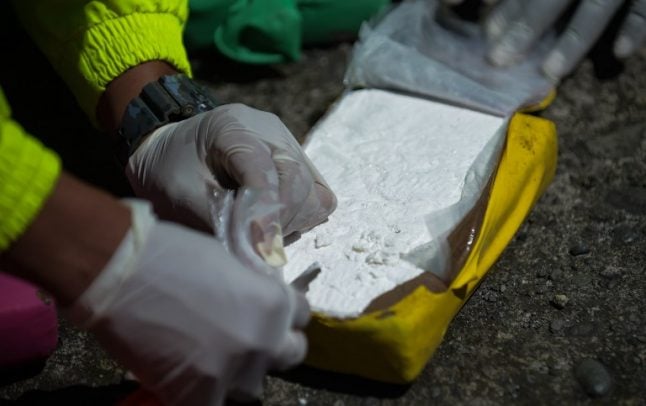 Thirteen suspects were arrested as part of an international investigation conducted by the anti-drugs squad at the Guardia di Finanza, a law enforcement agency which investigates organized crime in Italy, and Italy's police.

Four Colombians have been arrested and charged with importing cocaine to Sicily from Colombia, Ecuador and Venezuela, according to Italian police.

More than 33 kilograms of pure cocaine were recovered during the course of the months-long operation – most of it was destined for the local market in Sicily. The investigation was conducted with police from Spain and Ecuador.

The shipments of cocaine were sent by sea and air from South America, but also through international courier companies according to a conversation leaked by police between two of the distribution racket's operatives.

In the conversation, 'Spatola', a Sicilian operative, says to 'Freddy' – who speaks Spanish – that his present of 'coffee' from Colombia has not arrived yet and has been held up in Rome. Freddy confirms he checked this online and warns Spatola not to call the courier company again to get his “present”.

The cocaine was well-hidden in books, coffee and planks of wood which were then shipped to Europe via German courier company DHL, according to Repubblica. The courier company is not accused of any wrongdoing.

Only two days earlier, police found 216 kilograms of cocaine in Reggio Calabria, on the Italian mainland. The average price given to a South American farmer for one kilogram of coca leaf is €0.78, according to to the police report.

On September 7th, a maritime unit of Italy's police intercepted a yacht off the coast of Puglia, southeast Italy, carrying nearly four tonnes of marijuana with a street value of nearly €40 million. Three Albanian men were arrested on board the yacht, according to police.

In 2017 alone, 28 tonnes of marijuana transported by sea have been recovered by Italy's maritime police.
READ MORE: Mafia love story musical shows a different side to Naples