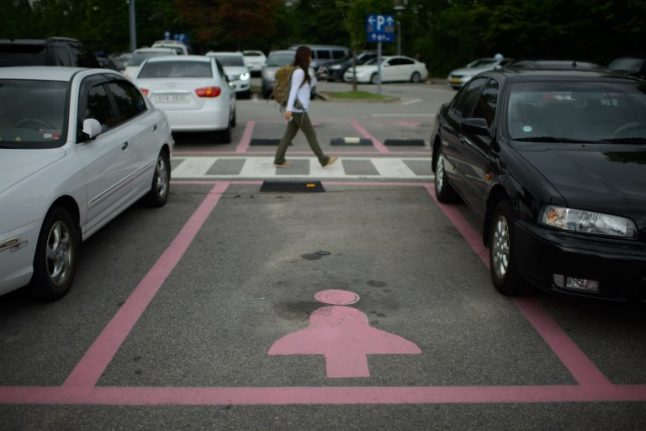 The anti-immigration Lega Nord administration in the town of Pontida had proposed the creation of reserved parking spaces for pregnant women and mothers – but a clause excluded non-EU women from using them.

The move was supposedly designed to improve accessibility for pregnant women and mothers of young children in the Lombardy town.

The council policy document, titled 'Municipal regulations for parking discipline during usage of parking lots reserved for pregnant women and mothers' – and published by Repubblica – states that in order to be eligible to use the pink parking zones, women must “belong to a family nucleus,” be either pregnant or a mother, be an Italian or EU citizen, and finally be resident in Pontida.

These regulations effectively excluded non-EU citizens. It is also unclear whether LGBT women or single mothers would be deemed to “belong to a family nucleus” and therefore be eligible to use the parking spots.

Italy's Minister of Agriculture Maurizio Martina warned of how such incidents could spiral out of control.

“How far are some people willing to go in their endless search to create intolerable racist provocations that recall the worst pages of history?” wrote Italy's Minister of Agriculture Martina in a statement on Facebook.

Following the uproar, Pontida's mayor, Luigi Carozzi, said he would personally modify the regulations so that all women can use the pink zones.

“The regulations have been passed by the local council and will become active by the end of the year,” Carozzi told local newspaper Bergamo News. “Before then, I personally will modify the areas that remain unclear and I will make those zones available to all the mothers of the world.”

The episode “showed that some people have learned nothing from history,” wrote Minister Martina in his commentary. “Where do they want to take us? To segregated buses? Or would they like to see certain ethnic groups banned from entering shops?” he added.

The Italian General Confederation of Labour (Cgil), one of Italy's largest worker unions, called the regulations “openly discriminatory” as well as “ridiculous.”