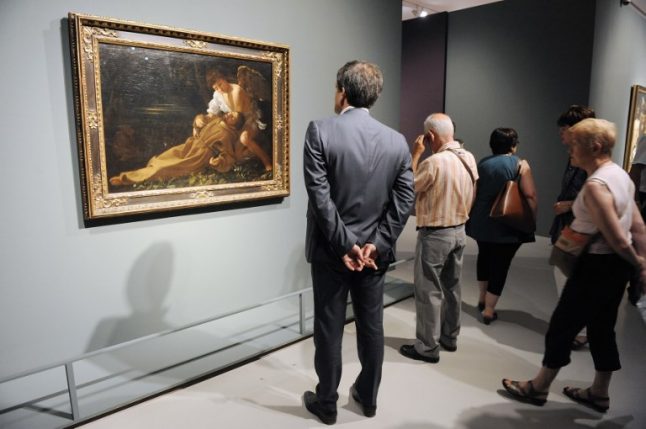 A Caravaggio painting on display in France. File photo (not related to story): Sylvain Thomas/AFP.

The research and education centre — an unlikely collaboration between the Borghese Gallery and fashion house Fendi — follows a number of false claims of authenticity in recent years.

“Since the great specialists of Caravaggio are no longer here, anyone can decide to attribute a piece to the artist,” the director of the Borghese Gallery, Anna Coliva, said at a press conference to launch the project on Wednesday in the Italian capital.

The latest example of controversy is a painting found in 2014 in an attic near Toulouse in the south of France, which some experts claim is an authentic Caravaggio, while others say is a copy.

The Caravaggio Research Institute was created to avoid this kind of disagreement over the master of the 'chiaroscuro' technique of painting, Coliva said, referring to an oil painting technique using strong contrasts between dark and light shades to create three dimensional figures with dramatic effect.

The centre's backers hope it will become the “global reference” in research on Caravaggio, the findings of which will be published on an online platform to form a comprehensive database on the painter, who lived from 1571 to 1610.

To publicize their project, Fendi and the Borghese Gallery have designed a programme of exhibitions devoted to the artist, which will be hosted by several major museums across the world over the next three years.

The first stop of the tour will be the Getty Museum in Los Angeles, which will exhibit three Caravaggio works, loaned by the Borghese Gallery, from November 21. French art expert Eric Turquin stands on April 12, 2016 in Paris in front of the painting entitled “Judith cutting off the head of Holofernes”, presented as being painted by Italian artist Caravaggio (1571-1610), while experts are still to determine its authenticity. The painting was found out in an attic of a house near Toulouse, southwestern France. Patrick Kovarik/ AFP.

The partnership between Fendi and the Borghese Gallery was planned “almost in a joke” by Dario Franceschini — the Italian Minister of Culture — who invited Fendi to 'adopt' a museum, said Pietro Beccari, president of Fendi.

The Caravaggio Research Institute, a research centre on Caravaggio, will be hosted permanently in a building in Rome near the gallery's HQ. The research centre will be the most “complete available anywhere” on the painter, say the organizers.

First the project will take Caravaggio's paintings on shows from Los Angeles to the Far East, according to the Borghese Gallery, in a tour that will last three years.

Milan's Palazzo Reale will also host an exhibition of Caravaggio's paintings, Inside Caravaggio, starting from the end of this month.

READ MORE: Seven incredible art exhibitions not to miss across Italy this autumn