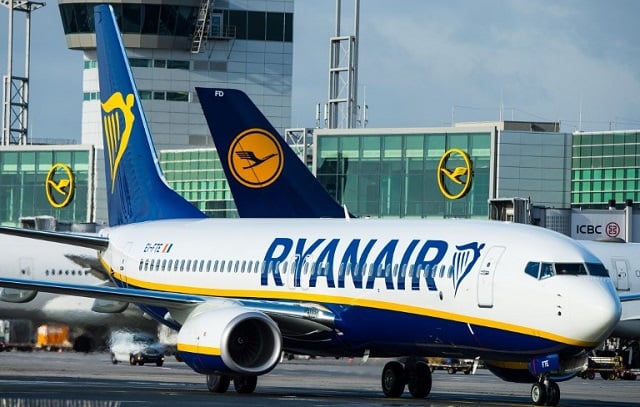 File photo of a Ryanair plane outside an airport: Andreas Arnold / dpa / AFP

A total of 702 flights to and from Italy have been grounded so far, according to the list of cancelled flights.

“This has caused huge inconvenience for Italian residents, and we insist on the absolute respect of passengers' rights,” Delrio said on Monday.

Multiple airports across the country will be affected, including both of Rome's airports as well as Ryanair hubs in Milan, Naples, Venice, Bari, Bologna, Brindisi, Palermo, Catania, Lamezia, Pisa, and Trapani.

The airline said passengers whose flights are affected will be notified by email and text, and will be able to either change their flight free of charge or receive a full refund for the cost of the flight.

In total, 2,000 flights across Europe and around 400,000 passengers will be affected. The airline has released a list of cancellations between September 18th and 28th, which it says amount to around two percent of the total number of scheduled flights.

Ryanair says the cancellations are necessary in order for the airline to reach its target of 90 percent punctuality.

The company blames the deterioration in performance on strikes, adverse weather, and a backlog of leave for pilots of crews. It is changing its holiday year, which currently runs from April to March, to run from January to December instead.

Ryanair came under pressure to publish a full list of the flights following anger among customers when it only published details for the first few days of cancellations.

UK consumer rights group Which? said: “It's essential that Ryanair release a full list of flights that will be affected so that passengers have as much time as possible to make alternate arrangements.”

READ ALSO: The world's 'second-worst airport' is in Italy