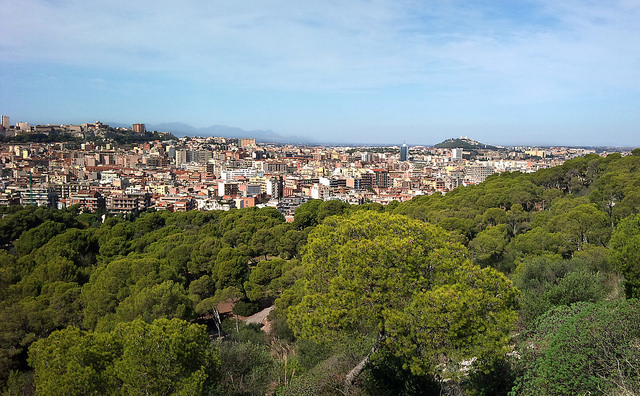 Cagliari in Sardinia, home to Valerio Piroddi and a surprising number of other supercentenarians. Photo: Giorgio Michele/Flickr

Valerio Piroddi, known to friends as Tziu (Uncle) Mundiccu and referred to by Italian media as 'the grandfather of Italy', lived in Cagliari, Sardinia – the Italian island which has long intrigued scientists due to the impressive longevity of its residents.

He passed away peacefully on Monday evening, a report in regional paper La Nuova Sardegna said.

Pictured: Piroddi receives a plaque of recognition on his 111st birthday.

Roberto Pili, President of the Global Community of Longevity which has followed Piroddi for some years, said that the 111-year-old had passed away peacefully after a “happy existence”.

The Sardinian worked as a farmer until the age of 85, and had a typical Mediterranean diet with plenty of fresh fruit and vegetables along with cheese and red wine. He also had a sweet tooth and a particular fondness for gelato, and indulged in plenty of treats on his 111th birthday last November, as The Local reported at the time.

He spent that day celebrating with family – including grandchildren and great-grandchildren – and was presented with a plaque of recognition.

Pili said at the time that the Sardinian was “a true phenomenon, with a biological age of at least 20 years less than his true age”.

In Sardinia's rural communities, a high proportion of residents can expect to live beyond 100 – a phenomenon that has intrigued scientists for years. Studies are regularly carried out to try to discover the Mediterranean secret, and last year, a UK firm bought genetic data of over 12,000 Sardinians in an attempt to uncover just why they live so long.

Scientists have suggested that factors ranging from antioxidants in traditional Italian food to strong ties in Italy's smaller communities could be the reason behind the trend.

READ ALSO: Cheese, wine and family: The Italian way to live beyond 100