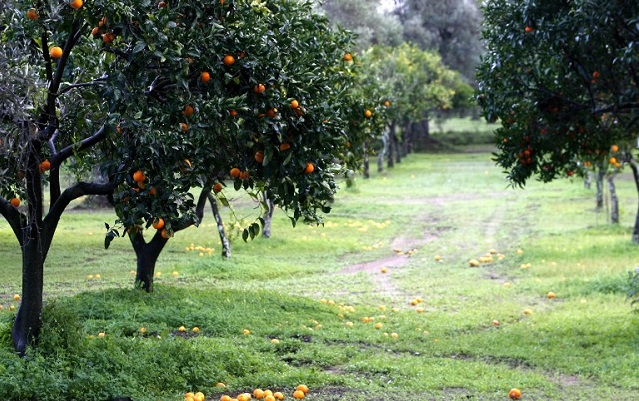 File photo of a farm in Calabria: Carlo Hermann/AFP

The pair, who are brothers, face charges of labour exploitation aggravated by racial discrimination.

According to investigators, the farm owners hired immigrants to work illegally on their farm in Amantea in Cosenza province. Between five and eight people would work on the farm each day, mostly migrants from Africa, India, and Romania, all of whom were paid wages much lower than legally allowed.

Investigators said that workers with white skin were paid €35 per day – €10 more than black farm workers. They also said the workers were subject to degrading conditions, including sleeping in huts and eating on the floor, and were regularly threatened by the two brothers.

Police have confiscated the business and other assets amounting to approximately €2 million from the brothers, who are aged 41 and 48 and have been placed under house arrest.

Italy's Agricultural Minister Maurizio Martina said the incident was “intolerable in every respect” and that Friday's arrests proved the necessity of a law passed last year aimed at tackling widespread exploitation of farm workers, who are often immigrants.

“Cases such as this once again demonstrate how necessary our law is in order to protect the dignity and rights of workers,” said Martina.

The Italian parliament last autumn introduced a law cracking down on farms which exploited migrant workers – a widespread problem across the south of the country. Activists pushed for better regulation of the sector following several deaths on farms in the summer of 2015.

Trade unions said at the time that 430,000 agricultural workers were subject to extreme exploitation across the country, a problem they claimed had been aggravated by the mass arrivals of migrants in recent years.

Under the so-called 'caporalato' system, fruit pickers and other seasonal workers are typically recruited, organised and paid by an intermediary, enabling the real employers to sidestep payroll taxes.

A daily rate of around €30 euros for a 10-12 hour day – less than half the legal minimum – was reportedly the norm across much of the sector. And in practice, many workers frequently earn far less because the intermediaries charge them for transport to-and-from the farms or even for water.

READ MORE: The student who lifted the lid on modern slavery in Italy