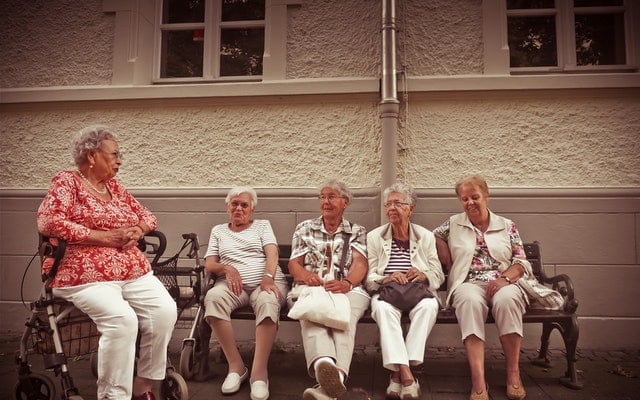 At the age of 65, Italians have an average life expectancy of one year higher than the EU-wide average, according to a report published on Tuesday by national statistics agency Istat.

Italian men aged 65 can expect to live an average of 18.9 years longer, a figure which rises to 22.2 among women.

But despite their longevity, Italians aged over 75 struggle with their health more than their counterparts in other countries. The study measured the 'healthy life expectancy', or the number of years people could expect to live in good health, and found that in this respect Italy performed worse than other EU countries.

Between the ages of 65 and 74, as Italians begin retirement, they report lower rates for almost all chronic diseases than the other countries surveyed. But once they hit 75, the trend reverses, and about half the population in that category lives with at least one severe chronic disease.

More than one in ten Italian elderly people reported having severe difficulties in personal care activities, such as standing up to get out of bed, taking a shower or bath, or getting dressed, while over three in ten had severe difficulties with household activities such as preparing meals, shopping, and managing medication.

Both health issues and problems with everyday activities were more common among people with lower income and among those living in the south of the country.

And people in these categories were less likely to feel their needs were being met. On average, 58 percent of those reporting difficulties in everyday activities said they need more help than they were getting. But that figure was significantly higher among southern Italians, at 67.5 percent, and among those on lower incomes (64.2 percent).

A possible reason for this is the high 'dependency ratio' in Italy; a falling birthrate coupled with a tendency for longevity has meant the country has the highest ratio of elderly people to working age people.