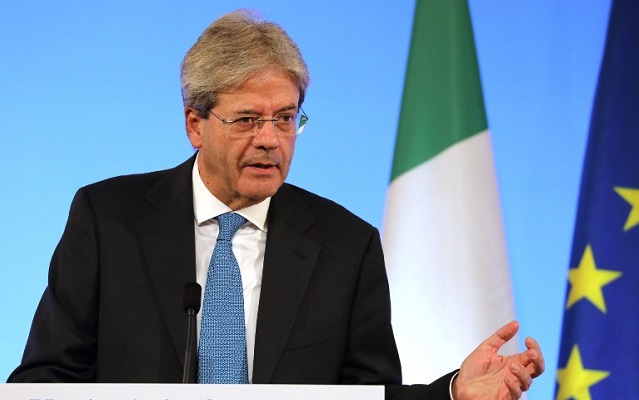 “We have to work on integration, on voluntary repatriations of people who don't have the right to asylum, and standardize asylum at the European level because we can't have 27 different asylum policies in Europe,” Gentiloni said.

The Italian leader spoke at a press conference in Lyon, France, where he met with French President Emmanuel Macron, who in a speech on Tuesday proposed an EU agency to handle asylum requests as part of his vision for reforming the bloc.

“What is considered one of the biggest concerns of our citizens must also be one of the major policies of our European Union ” Gentiloni said about the immigration crisis facing the continent since 2015.

The European Commission on Wednesday again called on the 27 member states – excluding Britain, which is leaving the bloc – to quickly adopt a “lasting reform” of common regulations on asylum in Europe, which has been stalled for more than a year.

The right to asylum in Europe is currently the responsibility of the EU country where the asylum seeker arrive, a procedure Brussels wants to maintain while adding a “correction mechanism” to help countries that are coping with a huge influx of migrants – such as Italy and Greece.

Brussels is looking for a new solution after the EU's troubled migrant quota scheme for distributing new arrivals around the bloc wrapped up on Wednesday after two years.

The plan had deepened a rift between the older western members and the newer eastern states, with Poland, Hungary and the Czech Republic refusing to be obliged to take in asylum seekers.

The migration issue has also fuelled the rise of populism in several EU member states, seen most recently in Germany, where the anti-immigrant AfD party garnered 12.6 percent in national elections on Sunday and will enter the federal parliament for the first time.