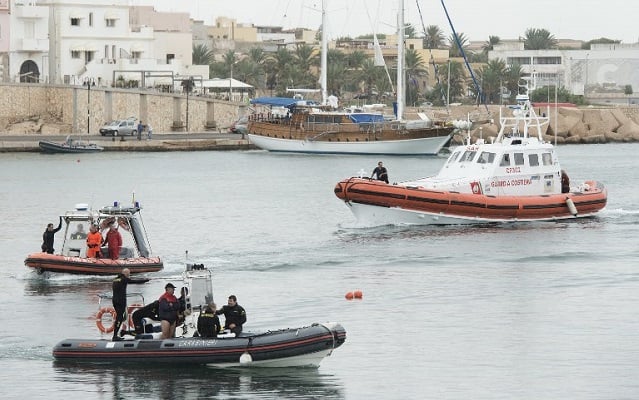 The date is now officially marked in Italy as the Day of Remembrance for the Victims of Immigration, with workshops, talks, and other events held across the country. This has the dual aim of remembering those who died making their way across the Mediterranean and discussing ways to prevent others reaching the same fate.

Survivors of the 2013 shipwreck took part in a silent procession to the Gate of Europe, a five metre-high monument built in Lampedusa in 2008 which is dedicated to migrants who come to Sicily in search of a better life. They also chanted a song in memory of the friends and relatives they lost in the tragedy. Around 200 students from across Europe also travelled to Lampedusa to attend workshops and memorial events, at which Italy's Education Minister Valeria Fedeli and President of the Senate Pietro Grasso spoke.

“Memory must be an active act,” said Fedeli, according to Repubblica, adding: “To be alive and active means to engage in talking using the language of truth. We must not be afraid to say that it is still hard to welcome and integrate.”

The island's mayor Totò Martello said: “It's time to unite, avoid useless controversies which only serve to generate fear. Lampedusa remains a place where integration, welcome, and fraternity are the priorities.”

The mayor was accused by his predecessor – Giusi Nicolini, who became a symbol of the island's 'welcome policy' and won a Unesco peace prize for his efforts – of stirring up such controversies just a few weeks ago.

Martello wrote in an open letter to Italy's largest news agency, Ansa, that the island was “about to collapse” and called on the government to close the hotspot which houses migrant arrivals. But just a day later, he said the situation had “returned to normality” with controls at the hotspot tightened, writing on his Facebook page: “Sometimes in our country you have to raise your voice to obtain the respect of the rules.” Coffins containing the bodies of the victims of the 2013 shipwreck. Photo: Roberto Salomone/European Commission/AFP

Tuesday also marked the opening of Lampedusa's archaeological museum, which will tell the story of the island and will include a section dedicated to migration.

Some of the victims of the 2013 shipwreck have still not been identified, and while two smugglers have been charged with crimes relating to the shipwreck, an investigation is still ongoing to determine if the Coastguard failed to react to cries for help. Those rescued said people on board had set fire to a blanket to attract the attention of coast guards after the boat began taking on water, and when the flames spread, panicked passengers rushed to one side of the vessel, flipping it over.

Islanders rushed to help the drowning migrants, helping those who had fallen overboard onto their own boats and to shore.

READ MORE: The doctor who has helped every migrant arriving at Lampedusa