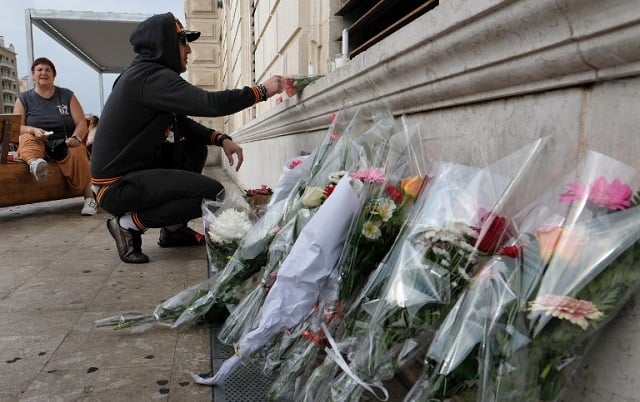 A man lights a candle at a makeshift memorial outside the train station. Photo: Boris Harvat/AFP

The attacker, who has been identified as Tunisian Ahmed Hanachi, was shot dead by police after he killed two women, both aged 20, at the city's train station on Sunday afternoon.

Terror group Isis have claimed responsibility for the stabbing, but French authorities say there is no confirmation the killer had any link to the group. The French interior ministry further said it could not yet confirm the attack was motivated by terrorism.

According to France's Journal du Dimanche, which cited a source close to the case, the suspect lived in Italy between 2009 and January 2017, when his residence permit expired. He reportedly asked for a renewal of the permit in January.

He lived in Aprilia in the Lazio region, and was married to an Italian woman, whom he later divorced, Repubblica reported.

In the past two years, four people of Tunisian citizenship have been deported from the area due to suspected religious extremism.

The man responsible for a truck attack on a Berlin Christmas market in December 2016, Tunisian Anis Amri, also spent time in the area. Amri was also shot dead by police, but only after several days on the run, until he was stopped during a routine identity check in Milan.

France's counter-terrorist prosecutor François Molins said the Marseille attacker had been arrested seven times since 2005 and had given a different identity each time, but was not on the terror watch list.