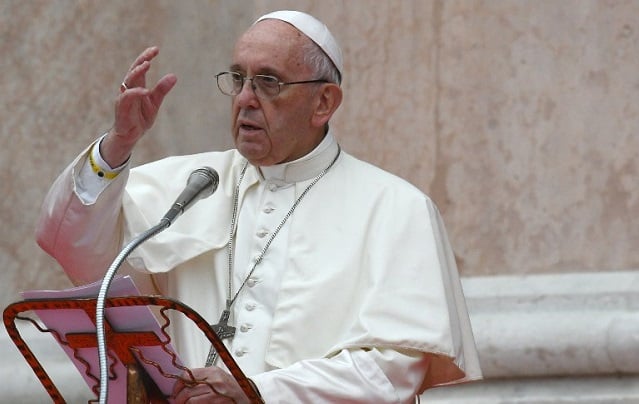 The conference comes just weeks after a Vatican diplomat was recalled from Washington for allegedly accessing child pornography, the latest episode in a long-running series of sex abuse scandals to dog the Catholic Church.

The Vatican said the pope had met with the ambassador to the US – the diplomat's boss – on Monday, without providing any details.

Organized by the Pontifical Gregorian University's Centre for Child Protection, the interdisciplinary “think tank” kicks off on Tuesday and brings together experts from the worlds of science, education, crime fighting and child protection.

“There is no time to lose,” said Hans Zollner, the director of the Centre for Child Protection and the Vatican's leading expert on measures to safeguard minors from sexual abuse within the Church.

“Every child has the right to physical and moral integrity, protected from harm. We work hard to ensure this is the case in the real world and we need to do the same in the virtual world,” he said.

He cited as a case in point the situation in India, where 500,000 people will discover the Internet in the next two years.

“Half of them will be under 18 and their parents have no idea what you can see online,” he said.

In many countries, especially in Asia, the sexual abuse of children is still a taboo subject, making it difficult to address.

And according to EU data, one in five children in the bloc is sexually abused, “but who takes any note?” Zollner asked.

The congress, which is expected to wind up on Friday with a final declaration presented to the pope, is “historical” because of its multidisciplinary nature, said Ernie Allen, an American expert on child exploitation.

“The US government created a tool to enable political dissidents to use the Internet anonymously, protecting them from retaliation by repressive regimes,” he said.

“However, dissidents are not the only ones using these tools. A 'dark web' has emerged, an anonymous, secret Internet used by drug dealers, weapons merchants, traffickers, extremist groups and yes, child exploiters,” he said.