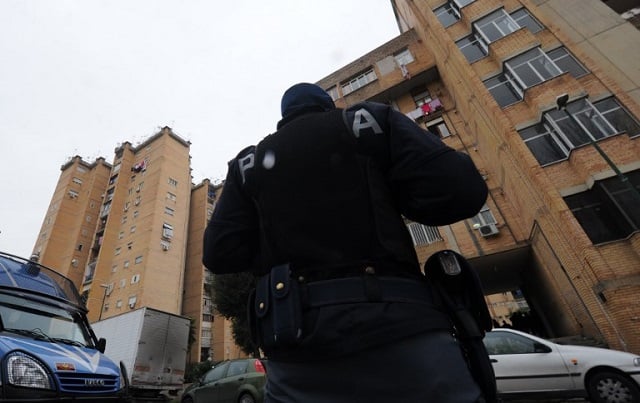 Police on patrol in the Scampia suburb of Naples. Photo: Mario Laporta/AFP

The allegations have prompted a major operation which saw ten people arrested and hundreds of vehicles and dozens of properties searched on Tuesday.

Former mafioso Gennaro Notturno, a member of the Naples-based Camorra clan, has spoken to police about one of Naples' deadliest mafia feuds, which took place between two rival groups in the early 2000s.

During what is known as the Scampia feud in 2004-2005, Notturno was part of a group which broke away from the Di Lauro clan of the Camorra organized crime group, and tried to assert control over drugs trade and prostitution rackets in the Secondigliano suburb of Naples.

The killings prompting the government to send hundreds of police reinforcements to the area for an operation which resulted in the arrests of around 50 suspects.

Now, grisly new details of the killings have emerged from two justice collaborators from the groups involved.

Gennaro Notturno said that members of his clan shot dead their rival Antonio Ruggiero, before cutting off his head using a hacksaw, according to a report in the Naples-based Corriere del Mezzogiorno.

The mafia boss threw the head on the ground and “started playing football with it”, laughing, though other members of the clan were vomiting out of disgust, the daily reported. At that point, the boss is alleged to have told them: “This is war. Are you ready?”

Another of most significant claims is that the wrong people are currently serving time in jail for the murders carried out during the feud, in particular the killing of 22-year-old Gelsomina Verde, Notturno's ex-girlfriend, whose murder shocked Italy.

According to Notturno and another justice collaborator, who belonged to the Di Lauro clan, Verde's real killers paid other clan members to take the blame for the murder.