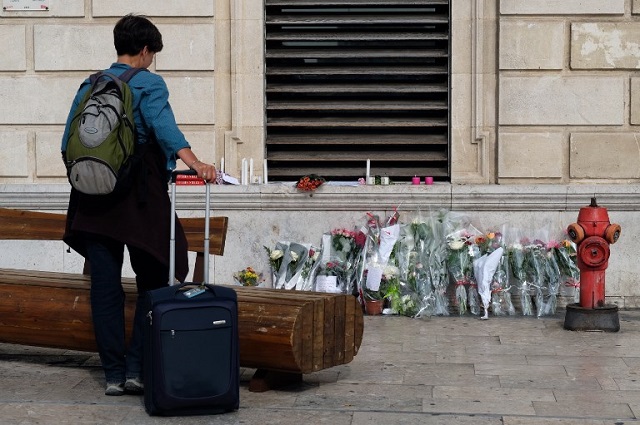 The Aprilia region “has been under surveillance for a long time due to several cases of presumed jihadist sympathizers,” Rome prosecutor Francesco Caporale told AFP.

While several suspects “have already been expelled for grave security reasons“, he cautioned that it was “not possible at the moment to speak of a hypothetical jihadist cell” operating in the area south of Rome.

Tunisian Ahmed Hanachi, who stabbed two young women to death in Marseille this weekend before he was killed by anti-terror troops, lived in Aprilia for several years.

“He married an Italian in Aprilia in 2008, and was registered as a resident there between March 2010 and 2017,” a city council press officer said.

The 29-year old, a petty criminal “arrested once for drugs and once for theft”, is believed to have left the area in 2015. He had split from his wife after a period living with his in-laws who did not approve of their daughter's partner.

“He wasn't radicalized, he did not care about religion. He did have drug problems,” Hanachi's ex father-in-law was quoted as saying by La Repubblica daily.

Aprilia, which lies 40 kilometres (25 miles) from Rome, boasts some 70,000 residents and is home to many foreigners who come to work the land, from Sikhs to North Africans.

The Tunisian community is believed to be some 400-strong.

In July 2015, the city hosted Tunisian Anis Amri, 24, who hijacked a truck at a Christmas market in Berlin in December 2016 and slammed into a crowd of people, killing 12 people and injuring 48.

Amri was shot dead by Italian police in Milan four days later. Anti-terrorist investigators are now exploring whether Amri and Hanachi could have crossed paths in Italy.

Three other Tunisians suspected of having been in contact with Amri in Aprilia have been deported this year, according to Italian press reports.

And 33-year old Algerian Khaled Babouri, who attacked two policemen in Belgium in 2016, had also stayed there.

Investigators are looking into whether the city could house a logistics base, a workshop for false identity papers, or even be the centre of a radicalization network, reports said.