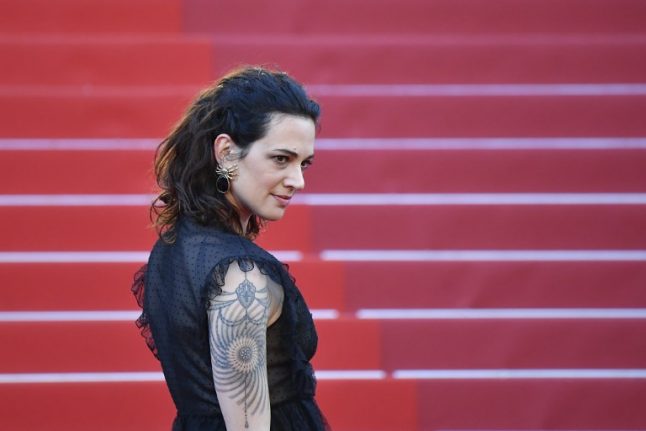 The stories of sexual harassment are too many to mention. Now, in the wake of allegations against Hollywood producer Harvey Weinstein, Italian women are sharing their own.

The accusations against Weinstein of harassment, assault and rape – including by Italian film star Asia Argento and Filipina-Italian model Ambra Battilana Gutierrez – have prompted other women to come forward on social media, under the hashtag #quellavoltache or “that time when”.

Translation: “In fifth grade of elementary school a kid touched my bum, my mother went to speak to the teacher and she said 'they're boys, it's normal'.”

Posters described everything from abusive bosses to inappropriate comments made by school teachers and police officers who ignored allegations.

Argento herself used the hashtag to make a blistering series of accusations on Sunday, including against an Italian director.

She stated that an unnamed Italian actor-director pulled out his penis in front of her during a supposedly professional discussion in his trailer. She was 16 at the time, she said.

She also accused an American director of drugging and raping her when she was in her 20s.

#quellavoltache Hollywood big shot director with Napoleon complex gave me GHB and raped me unconscious, I was 26 years old #BalancetonPorc

Argento is one of dozens of women to claim that they were sexually harassed or assaulted by Weinstein. In her case, she has said, Weinstein forcibly performed oral sex on her in a hotel room.

According to Argento, it was another Italian – Fabrizio Lombardo, the head of operations in Italy for Weinstein's company Miramax – who escorted her to Weinstein's hotel and subsequently sent her what she took to be intimidating messages.

Two other women, models Samantha Panagrosso and Zoe Brock, told Variety that Lombardo similarly “procured” them for Weinstein. “He has brought hundreds of girls to Harvey's room so he does not remember me, but I remember him,” Argento told the magazine.

Lombardo denies the allegations. Weinstein also disputes the accusations against him, saying he believed all sexual relations he had were consensual.

Translation: “I filed a complaint and they said: 'Are you sure, madam? You know that making a complaint is serious?' and then nothing ever happened.”

Many women complained of a culture of sexual abuse in Italy, in which harassment is accepted as normal and those who speak out face insults and disbelief.

They were especially critical of the media's coverage of the Weinstein story in Italy, where right-wing newspaper Libero published a front-page opinion piece describing women who complain of sexual harassment at work as “whining”.

“Giving in to the boss's advances to advance your career is prostitution, not rape,” its columnist wrote, provoking fury from Weinstein's accusers and their supporters.

“The only thing I’m hoping for at this point, after I relived this terrible experience again and I was insulted by my own country, only by my own country,” Argento told La Stampa, “is that other women that have been through this wake up. That more and more women say 'that’s enough'.”