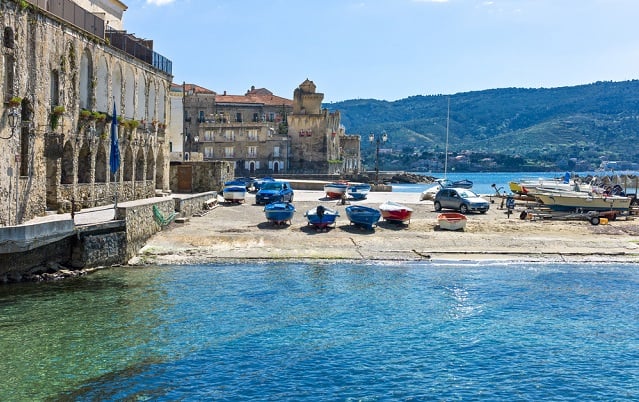 Around 200 residents of the southern Swedish city of Malmö will live with host families in Cilento on Italy’s southeastern coast, while the same number of Italians will relocate to Malmö.

They're making the move as part of a study by Swedish researcher Olle Melander, who hopes to shed light on just why the southern Italians live so long – and whether it's possible for Swedes to replicate their healthy habits.

Cilento, lying 150 kilometres south of Naples, is one of several so-called 'Blue zones', or places across the world where the locals have a significantly longer lifespan than average. Women living there have an average life expectancy of 92 years and men 85, significantly higher than the Italian average of 84 and 79 respectively in Italy, and the average for the Skåne region of 84 and 80.

Their secret to longevity has long fascinated scientists, who have put forward explanations ranging from rural Italy’s tight-knit communities, to the fresh fish in their diets or the vast quantities of olive oil used in their cooking.

“But there's also a high level of unemployment. Despite this, people seem very satisfied with their lives,” Melander said in a statement.

Participants in the research will live with host families who will show them how to live – and eat – like locals during the three months.

The exchange will be the third and final part of study, the first part of which has just got under way. To begin with, researchers are comparing diets and other lifestyle factors of 1,000 people from each of the regions, as well as analyzing their intestinal bacteria and their blood. In the study's second phase, these results will be compared with those from tests carried out in the 1990s.

“This is a unique chance for us to understand what the Italians in the Cilento region are doing right that gives them long, healthy lives. We hope to be able to bring the lessons from the study to Malmö residents, and help them live longer, healthier lives,” said Melander.

He isn't the first to seek the secret for a long life in the towns of Cilento, where a group of American and Italian researchers last year said they had found that residents of the area had low levels of adrenomedullin, a hormone that acts to widen blood vessels.

The seniors living in the coastal region had capillaries resembling those found in people decades younger, which “seems to act as a powerful protecting factor”, the research team said.

The scientists also noted that the Cilento locals all ate rosemary – known to improve brain function – almost every day, and all practised some physical activity daily, such as fishing, walking or gardening.

What's more, they found that among the town's elderly residents, “sex is rampant”, another possible factor in their longevity.