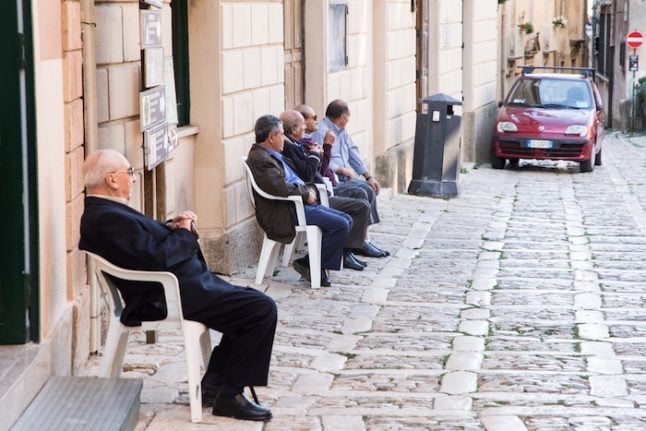 Whether they bring back cherished memories of travelling in Italy or got you through dinners with Italian in-laws, a whole bunch of our readers can think of a whole bunch of words that for them, Italian does best.

From fireflies to little mice, letting off steam to taking things in your stride, satisfying curses to the world’s finest way to pause, here are a few of your favourite (Italian) things.

ALLORA: well, then, so

Let's start with the obvious. If this were a vote, allora would have won by a landslide.

Dozens of you suggested it: from those grateful for the thinking time it buys you when you don’t know what to say next, to those who have fun saying it, to others who – like Aziz Ansari in Master of None – just like the fact you can use it just about anytime, anywhere.

A special mention goes to Lisa Cherubini Diletti, who says she loves the word so much that she wanted to name one of her daughters “Allora”. (Her Italian husband nixed the idea.)

This word brings back memories for Marie Miller: “One evening at my cousin’s home in Montefusco the darkness of the night suddenly lit up, I had never seen anything like it before,” she told The Local. “Beautiful. And I learned a new word. I love the way it rolls off the tongue.” Incidentally, “prendere lucciole per lanterne” (to take fireflies for lanterns) is an Italian expression that means “to get the wrong end of the stick”.

Jill Greco Bodnar likes this word because it’s not what you might expect.

“In English it’s the root for demented/dementia, mad or insane/severe memory loss,” she says. “Such a cute word in Italian but for us we’re going insane.”

This one was picked by Fiona Scull, who says it “sounds good, feels good to say and there is no really good English equivalent.

“Passeggiata stems from the Italian verb ‘passeggiare,’ meaning to stroll or take a slow walk, emphasis on the slow, but it is SO MUCH more than that,” says Emmy Barraco, who has experienced Italians’ traditional evening amble many a time. “I witnessed this time-old Italian custom in a tiny village I love where my relatives are from,” she told us. “Visits then became the most warming welcome each time I return.”

He first heard it on TV as a kid and instantly cracked up, “because in Spanish it sounds like ‘más calzones’ (more underpants)”.

“Although it means deflated, I first heard it used at a restaurant outside of Florence, as the name of a chocolate lava cake,” says Savannah Woods. “And I love the sound of the word and the memory of the dessert cake!”

Marion Antonellis chose this one “because it is funny and took me forever to figure out how to find a hairdresser in Italy”.

She’s right that the word doesn’t sound anything like hair (capelli): it comes from parrucca, the word for wig. ARRANGIARSI: to sort out, get by, manage

Michelle La Serra picked this practical verb because “Italians are resourceful and always work with what they have”.

Doreen Reis agrees: “It’s a good way to live and cope especially while traveling,” she wrote to us… from the airport.

This handy word is a portmanteau of dry (asciugare) and hand (mano), but Stephen Vara prefers to use it differently.

“Odd, because no one likes crying, but I love the word lacrima,” says Lindsay Sinko. “It’s just beautiful to me.

“I always think of the first time I heard it, driving up to Mount Vesuvius. The conversation was to do with [the local wine] Lacryma Christi, which is probably also why I love it!”

Ok, so strictly speaking it’s not Italian. It’s short for “va fa Napoli” – go to Naples – which is either a sick burn on the city of the sun or a massive compliment: as the saying goes, “see Naples and die”. Some say it’s more of an Italian-American expression than an Italian one, but Rita Guarnaccia told us she learned it from her mother, who comes from a small town near Naples.

“My mother used to say this all time when she got frustrated with me and my sister,” she says.

CURIOSARE: to look round or through

“To browse but much prettier” is how The Local’s Catherine Edwards defines her current favourite word.

You can curiosare in shops, through books, but also into other people’s business – in which case it’s more like snooping. Maureen Nardone picked sorellina “because I am one but never had one!”

She says she also loves the sound and the –ino/ina suffix, which turns anything into a smaller version of itself. An Italian cat is a gatto, for example, while a kitten is just a little gattino. In the same vein, Inese Šlihta likes this term for tiny mice “because I have fancy rats and my Italian teacher said it sounds more lovely than ratti”.

We agree. Topolino is also what Italians call Mickey Mouse. If you call a child topolino, you’re saying they’re a scamp; while if you hear “la montagna ha partorito un topolino” (the mountain has brought forth a mouse), it means that something failed to lived up to expectations.

“It’s so visceral,” Lucas Mennella, an American living in Rome, told The Local.

Try looking at your face when you say it, he recommends: just making the hard “ski” sound obliges you to pull your lips into a sneer.

You won’t be sneering if you have “una fortuna schifosa”, though: the expression means “incredible luck”.

Italians often use this word as a term of endearment, which is why Cynthia Chaplin loves it.

“That’s the best,” she says. “So evocative and emotional and passionate. Just like Italians themselves. Who else calls their lover, their child, their best friend a ‘treasure’??

“It’s simply a wonderful expression of the joy of special relationships. Yay Italy.” Yes, we realize those definitions are contradictory. But so are Italians’ understanding of this word. Say it around Rome and they’ll think you’re indifferent, but use it in the north and you’ll sound blown away.

The debate over which usage is correct is fierce and probably best avoided. But in the meantime you can enjoy all the various shades of sticazzi – like our Facebook follower Za Kab, who tells us “it is a word with diverse meanings ranging from surprise to irony to sarcasm… to happiness, to disappointment, AND as a curse.”

A word of warning: the term is a contraction of “questi cazzi” (literally, “these d*cks”) and as such best avoided in front of your kids. Or your boss. Or your grandma. Or anyone else’s grandma.

SBAGLIARE: to make a mistake, mess up

This is my personal choice. There are many reasons I love it: to start with, that initial “sb” sound that doesn’t exist anywhere in English. Secondly, the fact it’s a widowed negative: in Italian that first “s” makes a word the contrary of something, but in this case we’re not sure of what. “Bagliare” no longer exists – the same way you can be discombobulated in English, but not combobulated.

Linguistics aside, I love sbagliare because I first learned it by watching this video of a very guilty Italian dog. Yes, Ettore, “hai sbagliato” (“you messed up”) – but all is forgiven.