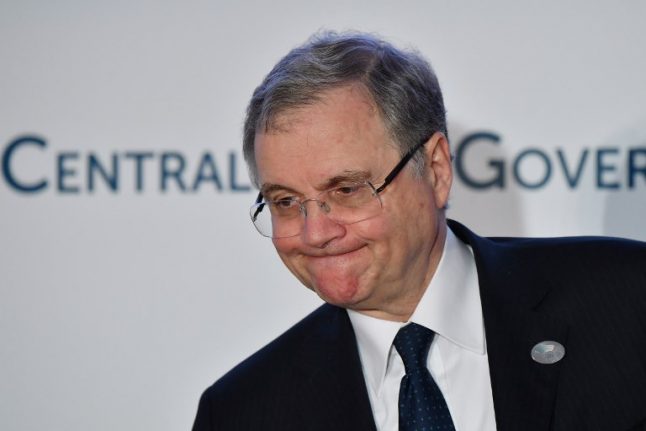 Visco, a board member of the European Central Bank, has been accused by parties across the political spectrum of badly handling a banking crisis in the eurozone's third-largest economy, but enjoys the support of the president and the prime minister.

Reportedly close to ECB President Mario Draghi, who had his job before him, Visco, 67, has blamed the prolonged economic turndown for a crisis which has shaken 10 Italian banks.

READ ALSO: Here's what you need to know about Italy's banking crisis

“If they think reconfirming Ignazio Visco is worth the effort, I hope the next six years will be better. I can't see how they could be worse,” former PD prime minister Matteo Renzi said this week. The bank troubles have wiped out the savings of thousands of people.

The country's fragile banking system, which some European financial watchers have labelled the weakest link in the eurozone, has been struggling to deal with legacy toxic debt holdings.