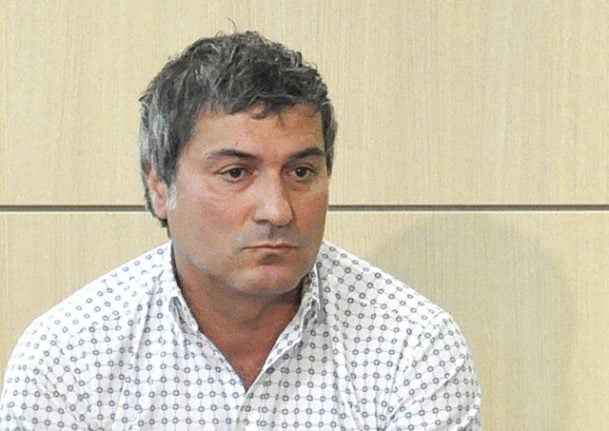 Earlier in October, prosecutors dropped a manslaughter probe against Macchiarini over Swedish synthetic trachea operations carried out in 2011 and 2012, after which three patients died. They concluded that while several operations were negligently carried out, they could not prove any crimes were committed.

Macchiarini's research has also come under fire. In 2014, four doctors at Stockholm's Karolinska University Hospital reported him to the then president of the Karolinska Institute (KI) for allegedly distorting the facts about his operations with artificial tracheas when presenting them in scientific journals. The articles were subsequently reviewed in 2015 by Uppsala University surgical sciences professor Bengt Gerdin, who concluded that Macchiarini was guilty of research misconduct, but KI's overall assessment was to clear him and the co-authors.

However, KI later decided that the matter should be investigated again, asking the Expert Group on Scientific Misconduct at the Central Ethical Review Board (CEPN) to review six of the surgeon's articles on the transplantation of synthetic tracheas, and the conclusion by the experts presented on Monday is that scientific misconduct can be found in all six.

“The transplantations are described successfully in the articles, which is not the fact. The Expert Group also establishes that the information in the articles is misleading and beautifying regarding the patients’ conditions, and furthermore that information has been withheld for this purpose, and that this constitutes scientific misconduct. In addition there is false information of ethical approval, which also constitutes scientific misconduct,” the Expert Group on Scientific Misconduct said in a statement.

“The articles cover three patients, all of whom have died. The Expert Group makes no pronouncement on whether their deaths are a consequence of the synthetic trachea implants. However, the material as a whole shows that in no case did the transplant attain functional status, but on the contrary gave rise to serious complications,” the report points out.

The reviewers found that while all co-authors of the six articles were guilty of misconduct, “the main responsibility lies with Paolo Macchiarini as the main author and research-leader and others who have had a more prominent role in the research and the authorship”. The Expert Group has requested that the publications withdraw all six articles, and noted that is up to employers to decide the consequences of the misconduct.

Previously an internationally acclaimed surgery star who operated on numerous celebrities, Macchiarini was sacked by KI in March 2016 in response to the controversy surrounding his methods. He had achieved global recognition for completing the first synthetic trachea transplant using stem cells, but his reputation was damaged when three patients in Sweden died after the operations.

Sweden's higher education and research minister commented on the conclusions of the review through her Twitter page.

“No patient should be subjected to experiments in Swedish care. Little consolation for those who got hurt.” Helene Hellmark Knutsson wrote.