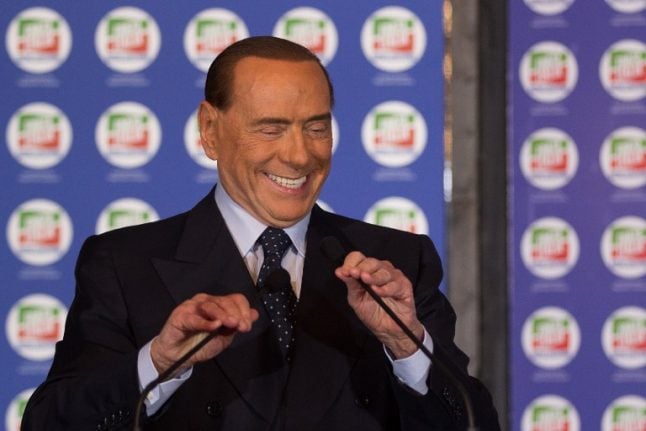 Leaders of the three parties met in Sicily on Thursday night to agree on a right-wing alliance, dubbed “the arancino pact” after Sicily’s famous delicacy.

Berlusconi had dinner with the League’s secretary Matteo Salvini and Brothers of Italy leader Giorgia Meloni at a restaurant in Catania, where the three took selfies and posed with a cake decorated with pictures of themselves.

“We’ve laid the foundations for the path to election victory,” Berlusconi told reporters after the meeting, which went on until after 1 AM.

The party leaders were in Sicily to campaign jointly for Nello Musumeci, the conservative candidate for governor in the region’s election this Sunday.

The vote is seen as a bellwether for Italy’s general election next spring.

The latest polls have Musumeci leading with 35 percent of votes, just ahead of the populist Five Star Movement with 33 percent. The incumbents Democratic Party is almost certain to lose the region, polling at 15 percent.

Earlier this month Italy passed a new electoral law that allows parties to form coalitions before an election, which was backed by established parties but fiercely contested by the Five Star populists, who have vowed never to join an alliance.

Polls indicate that no one party would win enough votes nationally to take a majority in the upcoming general election, which is expected some time between March and May.

Teaming up with Berlusconi’s party is a central part of the Northern League’s strategy to reach beyond its northern heartland and go national. In Sicily the party is experimenting with dropping “Northern” from its name and campaigning simply as “the League”.

Details of the “arancino pact” are scarce so far. Meloni stressed that it was too early to talk about candidates or who would run for prime minister, but said the meeting had focused on objectives.

“What we want is to build a serious, concrete programme and you don’t finish that at one dinner at 11 o’clock at night,” she said.