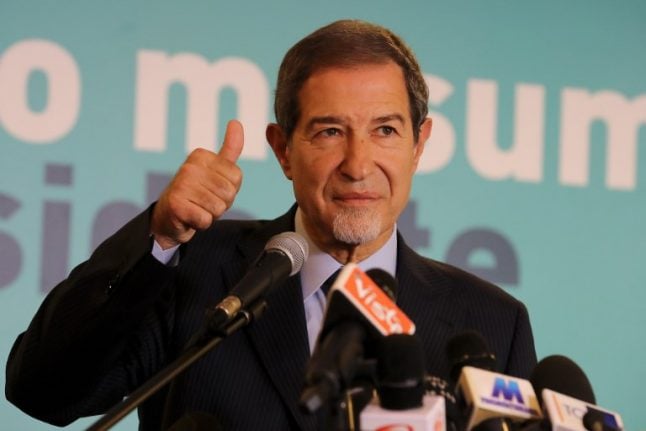 With all votes counted by Tuesday, the centre-right candidate Nello Musumeci is Sicily’s new governor. The centre-left Democratic Party was resoundingly kicked out of power, limping to third place behind the anti-establishment Five Star Movement in a much closer second.

Sicilians are closely watched as bellwethers of voters nationally. So what does this vote in one of Italy’s biggest regions tell us ahead of a general election in 2018?

1. The right can win, but not alone

With just shy of 40 percent of ballots in a poll in which fewer than half of eligible Sicilians voted, Musumeci managed a respectable showing, if not an overwhelming one. He will nonetheless lead a majority in the regional assembly – with a little help from his friends.

Musumeci had the backing of three of Italy’s most prominent parties on the right: Silvio Berlusconi’s Forza Italia, the Brothers of Italy led by a one-time Berlusconi protégée, and the Northern League, a far-right regional party with national ambitions.

Together their coalition takes 36 of the Sicilian assembly’s 70 seats. The triumvirate are already planning how to replicate the success across Italy: during the campaign in Sicily they agreed upon an alliance at the national level, dubbed “the arancino pact”. If other voters are anything like Sicilians, the combination could prove a winning one.

It practically doubled its share of the popular vote in Sicily, from 18 percent in 2012 to some 35 percent this time round. It got more votes than any other single party and is the biggest single party in Sicily’s assembly with 19 seats (for comparison, Forza Italia has 12). “We achieved a result that overturned the balance in the same old sludge that we’ll have to face again in a few months’ time,” said the party’s founder, Beppe Grillo, adding: “The adventure has only just begun.”

According to the Five Star candidate for prime minister, Luigi Di Maio, the party believes it has the momentum to poll 40 percent in the general election expected in March.

It’s worth remembering that one factor in their success was probably the low turnout in Sicily, just less than 47 percent. But apathy and disillusion certainly isn’t limited to Sicilian voters – and it could just benefit the Five Star Movement nationwide.

3. The left is a mess
There really is no good news from Sicily for the centre-left. The Democratic Party, which led a winning coalition on the island five years ago, saw its share of the vote plummet to just under 19 percent.

“We can only recognize a clear defeat,” said the Democrats’ regional secretary, Fausto Raciti. “I hope that this outcome will trigger reflection across the left on the need for unity.”

In Sicily the Democratic candidate ran against another left-wing contender, with neither performing well. Nationally too, Democrats and their potential partners are deeply divided. The current Democratic candidate, former prime minister Matteo Renzi, is tarred by his defeat in a 2015 referendum on constitutional reform and stands accused of betraying the left’s principles. The results from Sicily put pressure on the left to start building bridges, fast, which looks to be their only hope if they’re to poll the 40 percent that Renzi is aiming for next year.

“We are already in a coalition,” he said on Tuesday. “And we are ready to extend it further to the centre and to our left.”

4. Voters forgive (or forget)
The sins of the father don’t hang over the sons, at least in Sicily. One of the region’s newly elected deputies has a familiar name: Luigi Genovese, son of Francantonio Genovese, a former Democrat who was convicted of siphoning off millions of euros of EU funds while serving in the Sicilian assembly.

Genovese Senior was sentenced to 11 years for misappropriating money intended to fund training courses for young Sicilians. But Genovese Junior has just found himself elected to the regional assembly on behalf of Forza Italia.

He was one of several centre-right candidates that the Five Star Movement dubbed the “unpresentables”, whose murky associations were expected to put voters off. As the result demonstrates, however, in Italy there’s no such thing as unpresentable.

5. It’s great news for Berlusconi
That brings us on to Silvio Berlusconi, who’ll be grinning even more widely than usual after today’s results.

They affirm that Forza Italia and co. are competitive – despite Berlusconi’s repeated scandals, open heart surgery and conviction for tax fraud.

That conviction bars him from public office, a ban he hopes to have lifted; but even if it’s not, he looks set to play as central a role in the national election as he did in Sicily’s.

Expect to see a lot more of this face between now and March 2018.