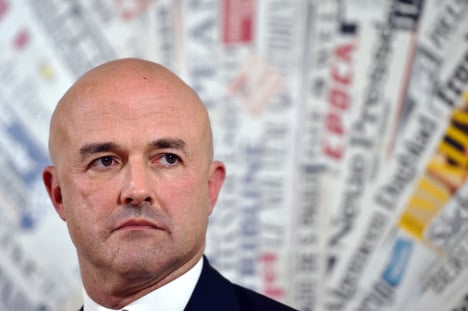 Gianluigi Nuzzi reveals new confidential documents in his latest book “Original Sin”, which documents the inner workings of the Vatican and touches on some of the scandals or conspiracies that dog it.

Nuzzi last year stood trial in front of Vatican judges accused of publishing stolen papers but was acquitted after they considered he had not committed a crime on Vatican territory.

His fourth book claims an adult seminarian sexually abused a high school student aged 17 to 18 in 2011-2012.

Kamil Tadeusz Jazembowski, from Poland, said he witnessed the abuse of his roomate while living in the Vatican's residence for children and young people hoping to become priests.

He claims a seminarian who had been allowed to live in the housing facility repeatedly visited his roommate at night and that the youngster “felt obliged to go along with it”.

He says he was forced to leave the residence after he tried to raise his concerns with Vatican authorities.

The aggressor exercised “a form of power and intimidation” over the underage students and imposed “bullying or sexual acts” on them, he tells the book, speaking with the victim's permission.

“I don't blame the priests for being gay. All this is a vast hypocrisy: during the day these people are homophobic, at night they are unleashed in gay clubs,” said Jazembowski, who is also gay.

The Vatican did not say if an investigation has been opened when approached by AFP.

The book also investigates the mysterious disappearance in 1983 of Emmanuela Orlandi, the young daughter of an employee of the Vatican State.