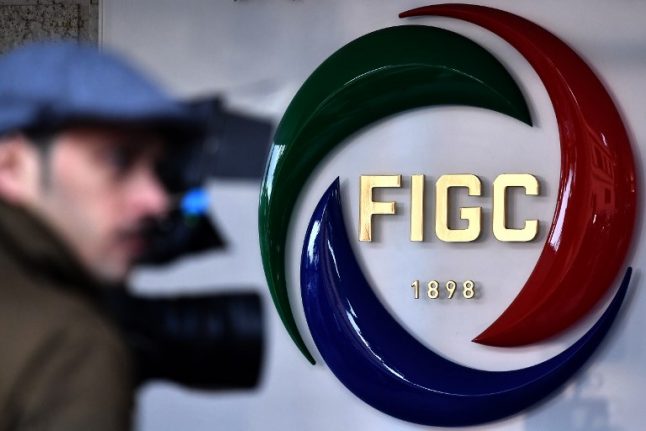 The 69-year-old's fate was sealed after a crisis meeting of the Italian Football Federation (FIGC) in Rome, with former Chelsea and Real Madrid coach Carlo Ancelotti among the favourites to take over and rebuild the Azzurri.

Ventura had refused to resign despite a 1-0 aggregate play-off defeat to Sweden on Monday that saw Italy miss the World Cup for the first time since 1958.

“As of today Gian Piero Ventura is no longer the coach of the national team,” the FIGC said in a statement. But FIGC president Carlo Tavecchio will stay on despite mounting pressure on him to also resign after a defeat which has left a nation traumatized.

“The federation president [Tavecchio] informed participants at the [crisis] meeting… of the impossibility for him to resign,” a FIGC statement read, awaiting “a series of proposals” on how to fix Italian football.

Tavecchio later told journalists that a new coach would be named at a special meeting of the FIGC federal council which would take place next Monday.

“We are considering big names for the role of coach,” the 74-year-old promised.

Ancelotti is seen as the frontrunner, as the 58-year-old is free since being sacked by Bayern Munich at the end of September. Italian Ancelotti has won three Champions League crowns, and league titles in Italy, England, Germany and France, and would provide the high profile required after the Ventura fiasco.

But opposition to Tavecchio remains despite promises to rebuild Italian football from grassroots level upwards with Damiano Tommasi, the head of the Italian Players' Union, storming out of the FIGC meeting after Tavecchio refused to quit.

“There doesn't appear to be the mood for change,” the former Roma midfielder told journalists. “Tavecchio has decided not to resign and continue with his office.

“The others haven't taken a position and said they'd decide in the future.

“We need credible elections, with new people; we won't solve the problems of Italian football by sacking the coach.

“If not, we'll keep stirring the same soup which has proved indigestible to so many.”