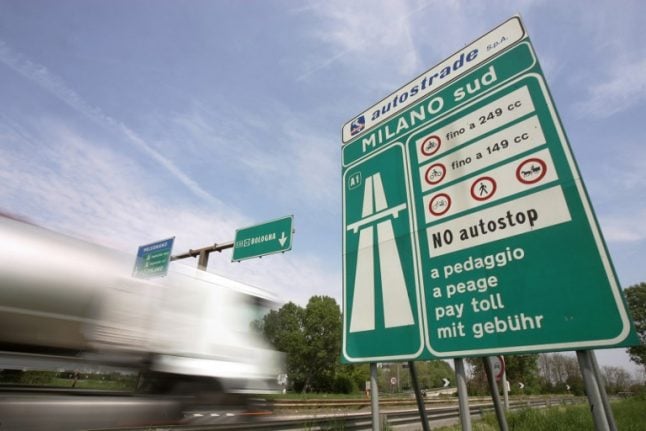 A motorway near Milan (not pictured) is the most dangerous road in Italy. Photo: Paco Serinelli/AFP

In 2016 an average of 23 car accidents occurred per kilometre on Milan’s A51 east bypass, especially the stretch between kilometres ten and 12, according to data from the Automobile Club d’Italia (ACI).

In comparison, Italy’s nationwide average was 1.9 accidents per kilometre.

The country’s top three most dangerous roads are all in the north, the car owners’ association found.

State highway SS 036 between Lake Como and the Spluga valley, a series of precarious hairpin bends through the Alps, saw 19.5 accidents per kilometre between kilometres 13 to 17.

Next is the A4 Turin to Trieste motorway – ironically known as the “Most Serene” – between kilometres 135 and 137, where 18.5 accidents took place per kilometre.

While overall the highest numbers of car accidents happen on urban roads, the ACI said, in terms of the density of incidents certain sections of motorways near big cities are black spots.

In the first ten months of 2017, according to data collected by the Corriere della Sera, the total number of road accidents in Italy was down by 3 percent compared to the same period last year – but the number of fatal crashes increased by 1.5 percent.