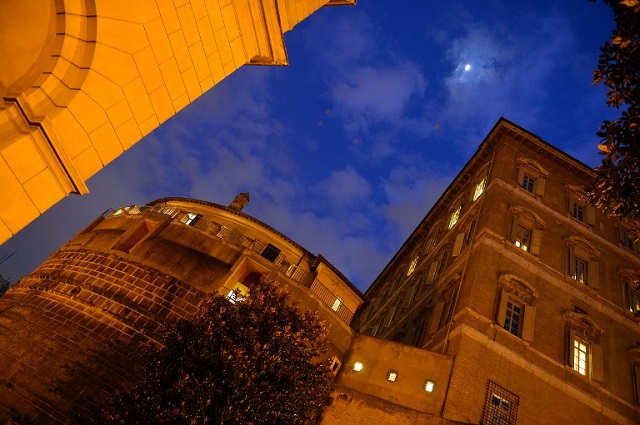 The Institute for Religious Works (IOR) the Vatican's bank at the Vatican. Photo: Gabriel Buoys/AFP

Vatican spokeswoman Paloma Garcia Ovejero said Thursday that Giulio Mattietti had been given his marching orders at the start of the week, while Francis was out of town on a six-day visit to Myanmar and Bangladesh.

She did not give any reason for the dismissal. Italian media reported that he was escorted off the premises.

The axing follows the firing earlier this year of the Holy See's auditor general, Libero Milone, who was accused by the Vatican of spying on senior officials.

Pope Francis was elected in 2013 on a mandate to clean up the scandal-hit Vatican, including its financial house. But Milone had accused the Vatican of getting rid of him because his investigations into possible illegal activity had hit too close to home.

Francis has streamlined the Vatican bureaucracy and brought 21st-century auditing to the Holy See's tainted banking system. But the centuries-old institution has struggled to shake off the whiff of scandal.

The pope appointed Cardinal George Pell to head up the new economy secretariat, but the Australian ran into fierce resistance to his reform efforts.

The cardinal is also currently on a leave of absence following accusations of multiple historical sexual offences. The Vatican's bank, known as the Institute of Religious Works (IOR), became notorious after the 1982 death of Italian banker Roberto Calvi, whose corpse was discovered hanging from Blackfriars Bridge in London.

Prosecutors believe it was a mafia killing linked to money laundering via the bank.

Earlier this year two former executives at the bank were handed four-month suspended prison sentences over their role in dubious transactions dating from 2010.

Mattietti, a graduate in physics, worked at Microsoft and IBM before joining the IOR in 1997, where he pursued a career in IT services before being appointed in 2015 as deputy to the bank's director general Gianfranco Mammi.