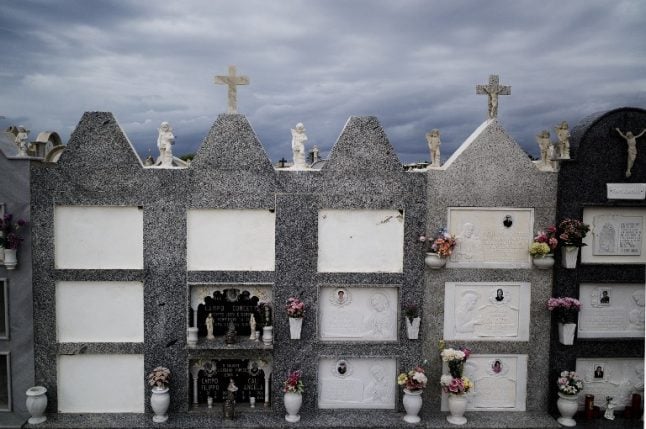 The undated image, which has been widely shared on Facebook in the past few days, shows men sitting around a lunch table set up next to a wall of alcoves where the remains of the deceased are stored.

Another man appears to be grilling food nearby.


“Barbecue at the Città Giardino cemetery. A tranquil and relaxing spot! You're all invited!”

According to La Repubblica, the photo was snapped at the Città Giardino cemetery in Melilli, a small commune north of Syracuse. The men are thought to be workers there.

“It's a deplorable act,” the mayor of Melilli, Giuseppe Carta, told the newspaper, adding that the cemetery is not owned by the town by but a private company.

“We have learned that cemetery employees are in the habit of cooking on the premises during their lunch break and that grieves me greatly.

“I'm sorry for what happened and, though it's not the town's responsibility, I have asked the company for an explanation.”

Carta said he was considering the possibility of legal action against the firm for damaging Melilli's reputation.

“I'm indignant and mortified,” he told Ansa. “I feel sorry for all the relatives and friends of the dead who are resting in that part of the cemetery.”