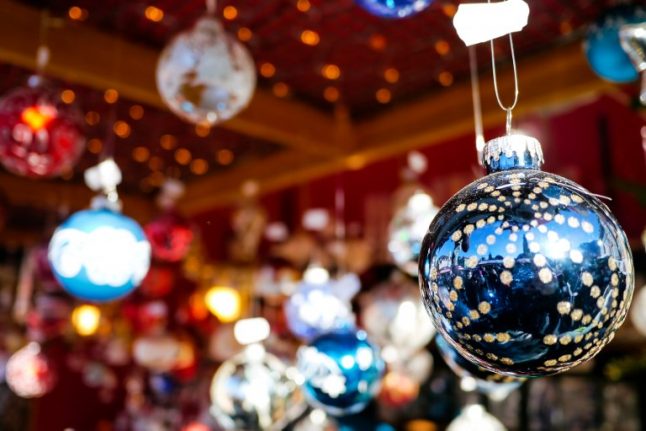 Many of Italy's most established Christmas markets are in the South Tyrol region near Austria, but there are festive delights to be found across the entire country.

Whether it's Santa, spectacle or regional specialities you're after, here's our guide to the very best Italian Christmas markets. When: December 7th-10th
Where: Piazza Castello

While some of Italy's Christmas markets aren't far off the ones you'd find in Germany and Austria, Milan's December fair is 100 percent made in Italy. It's known locally as Oh Bej! Oh Bej! (meaning “how beautiful!” in local dialect) and falls early in December to coincide with the feast day of city's patron saint, Sant'Ambrogio. Legend has it that it dates back to the 1500s, when a papal envoy came to Milan bearing gifts for all the city's children (who couldn't help but cry “oh bej!” at the sight). Today you'll still find toys and sweets, but also bric-a-brac, books, flowers and crafts.

When: December 8th-10th
Where: Piazza Risorgimento

Piedmont’s biggest Christmas market is one of the most spectacular anywhere in Italy. Expect stilt walkers, chainsaw carving, alphorns and bagpipes, as well as 200 stalls selling crafts and homemade specialities. Make sure you try the famous “stincheèt”, a thin sheet of flour cooked on a stove topped with butter and a pinch of salt. Saint Nicholas is the patron saint of Merano. Wearing his traditional bishop's hat instead of a red cap, every December he parades through the streets handing to gifts to children who've been good – but watch out for the Krampus, masked demons who run after him punishing those who's been naughty. Saint Nicholas will visit the market on December 6th, but the Krampus will be there two extra days on December 5th and 8th. Aside from the parade, visitors can ice skate or listen to live music in Merano's central square, before warming up with a cup of tea or mulled wine in the heated stalls.

When: December 2nd-3rd, 8th-10th
Where: Throughout the town

Tiny Candelara, near Pesaro, hosts what might just be Italy's most unique Christmas market. Each December, the castle town celebrates the craft that gave it its name: candle making. For part of each evening, all electric street lights are switched off, leaving Candelara's medieval walls bathed in the glow of a thousand flames. If that weren't enough to tempt you into the hills of Le Marche, there's also a full Christmas market with Santa, pipers and a living nativity scene. Younger visitors can even try their hand at making a candle of their own. This medieval town in South Tyrol keeps the excitement going all through December with its living Advent calendar. Each day in December, a different window somewhere in the city centre opens, to reveal… well, that would be telling, but it almost certainly involves something sweet. There's also a traditional Saint Nicholas parade, brass bands, decoration-making workshops, carriage rides and cooking classes to enjoy, all watched over by Vipiteno's handsome medieval clock tower. Turin has a reputation for some of Italy's most cutting-edge Christmas displays. In December local and international artists light the city with colourful installations – some simple, some surprising, all of them impressive. Once you've finished admiring them, make your way to this covered courtyard in the Borgo Dora neighbourhood to pick up handcrafted ceramics, glassware or embroidery made by local and international artisans. Turin also hosts a number of other Christmas markets in December, including in central Piazza Castello. Photo: Any colour you like/Flickr

There are larger Christmas markets in Italy, but few can boast a better backdrop than Florence's gorgeous Gothic basilica. As you'd expect from its name, the Florence Weihnachtsmarkt draws heavily on German traditions – but its 50 or so wooden huts house a mixture of exhibitors from all over Europe, so you're sure to some Florentine panforte (fruit cake) to go with your Bratwurst. Verona has a tradition of romance and you're sure to fall in love with this dreamy market, which takes its influence from Nuremberg, Germany. You'll find German foods, from sausage to stollen (a Christmassy fruit bread) and Lebkuchen (gingerbread) in the 80 stalls lining the streets. Take a digestive stroll to the Piazza Bra: the entrance to the city is illuminated with thousands of lights and a giant Christmas star, setting the scene for a fairy-tale experience. Bolzano is one of Italy's largest and oldest Christmas markets. In the shadow of the snow-covered Dolomites, the medieval city centre hosts some 80 stalls selling locally made wares and traditional treats around a nativity scene set in a real wooden stable. The rustic romance is enough to charm visitors of all ages, but kids will be especially impressed with the Children's Market, complete with miniature train, puppet theatre and merry-go-round. Don't forget to try the vin brulé (mulled wine) and apple strudel. When: Year round
Where: Via San Gregorio Armeno

For a more Mediterranean tradition, head south. The artisans of Naples are famous for their handmade presepi, or nativity figurines, which you can find on sale in the workshops that line so-called “Christmas Alley” west of the central train station. Among the usual characters, look out for astonishingly intricate fishmongers, butchers, pizza makers and other figures that have made their way into Neapolitan Christmas tradition – not to mention the pop stars and politicians that craftsmen sometimes slip in there too. 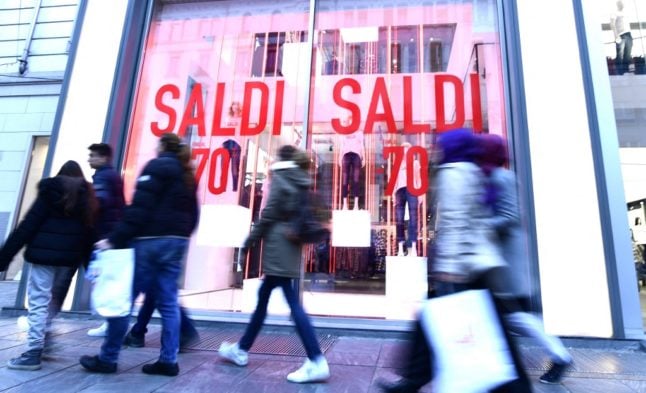 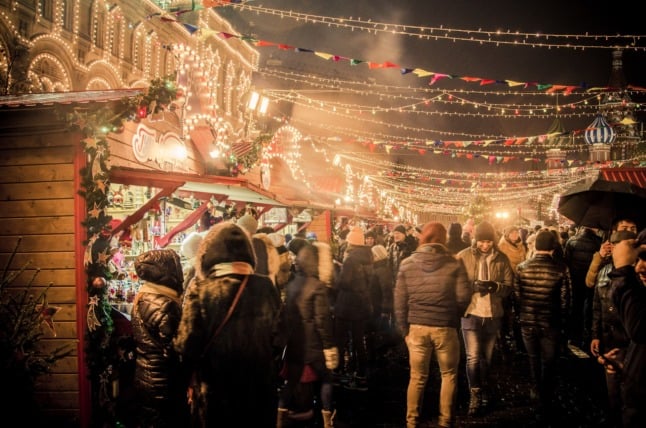 The Italian Christmas markets you should put on your wish list for 2021. Photo by Daniil Silantev on Unsplash

In 2020, many Christmas markets in Italy had to close or were scaled back because of the pandemic restrictions. This year, at least at the time of writing, lots of markets are set to open in the coming weeks.

Some have safety measures in place, such as mask-wearing and the requirement to show a green pass, so remember to check the rules before you travel.

While most of the larger and more famous Christmas markets are in the north of Italy, smaller markets and other seasonal events are held in towns and cities all over the country.

With that said, here are five of the most enchanting Christmas markets in Italy that count among our favourites.

‘I mercatini di Trento’ is one of Italy’s most famous Christmas markets. Set in the northern region of Trentino-Alto Adige, which borders Austria and Switzerland, Trento is full of that mountainous frosty glee that warms the cockles of your heart.

Every year, visitors are attracted by the artisanal goods, the abundant offering of seasonal gastronomical treats and the cosy atmosphere of a historic centre decked out in twinkling lights.

More and more stalls come to Trento each year, meaning there’s always something new to see, buy and eat every time you go.

The city’s two main squares welcome visitors with their cosy lodges, where you can watch live demonstrations and listen to traditional music. And with the snow-peaked backdrop and fresh air, Trento puts on a Christmas market to remember. Christmas decorations on display in a market in central Bolzano. Photo by ANDREAS SOLARO / AFP

Another Christmas market not to be missed in the north of Italy is the spectacular display in Bolzano, arguably one of the most beautiful in Italy.

This festive extravaganza located in the region of South Tyrol is claimed to be Italy’s biggest Christmas market and, after almost two decades of the event, always has something new to delight return visitors.

New for 2021 are some stalls dedicated to grappa and beer with tastings of South Tyrolean spirits and craft beers, while for wine lovers, there’s a dedicated wine lodge offering tastings of the local labels.

Those delicious yuletide aromas of pine, cinnamon and mulled wine fill the streets, while squares are bathed in a romantic glow when the stalls come to town and transform the city into a spellbinding winter wonderland.

What better time to sample a local strudel, feast on some salty speck or indulge in some alpine homemade sweets?

The big Christmas tree in the central Piazza Walther will be lit up on Thursday November 25th to launch the market, which will remain open until January 6th. One of the most eagerly awaited Christmas events can be found in the southern region of Campania: the illuminations called Luci d’artista (Artist’s Lights) in Salerno.

After being cancelled last year, the display is back for 2021 offering visitors a show of real works of art made in lights.

Due to the pandemic measures, access to the city will be restricted, especially on weekends when buses will be limited.

Strolling around the city, you can see this world-famous spectacle as you go, while also taking a tour of the Christmas markets, located on the city’s seafront. All in all, it makes for an unusually marvellous Christmas shopping experience right on the coast.

The lights will run from November 26th until January 30th.

How much more romantic and magical can you get than a Christmas market in Italy’s city of love? In fact, the market’s organisers describe Verona as, “The city of love, the city of Christmas”.

Even Romeo and Juliet’s tragedy lights up with the seasonal colours, sounds and smells. The city’s streets and squares transform into a dreamy setting for festive shopping and socialising: handicraft products in glass, wood, ceramics and many food and wine specialities tempt and delight.

The entrance to the city will be illuminated by hundreds of lights, creating what they call “a Champs Elysees effect”, continuing through all the streets of the historic centre. All the sparkles and glow are set against a backdrop of the famous Roman Arena and the unmissable Christmas star in front.

There will be more than 100 exhibitors this year and for 2021, the market will run in collaboration with the “Christkindlmarkt” of Nuremberg in Germany, bringing a heartwarming fairy-tale atmosphere to the fair city.

The lake setting and Christmas atmosphere make this a unique festive market you’ll look back on for years to come – and where better to get excited about the exchanging of Christmas gifts than Italy’s so-called city of toys ‘la città dei balocchi‘?

There are also numerous refreshment and tasting points giving visitors the chance to sample menus typical of the area. And the unmissable giant ferris wheel is worth a whirl too.

If you want to work off some of those festive chocolates, waffles and gingerbread hearts, you can get your cheeks rosy at the ice rink in Piazza Cavour.

Plus, you can’t miss (literally) the traditional Christmas fir tree, illuminated by thousands of lights.

Where are your favourite Christmas markets in Italy? If you have any suggestions, please leave a comment below. 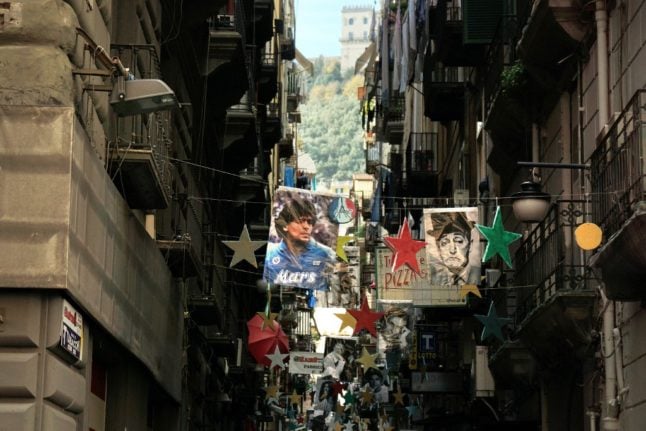