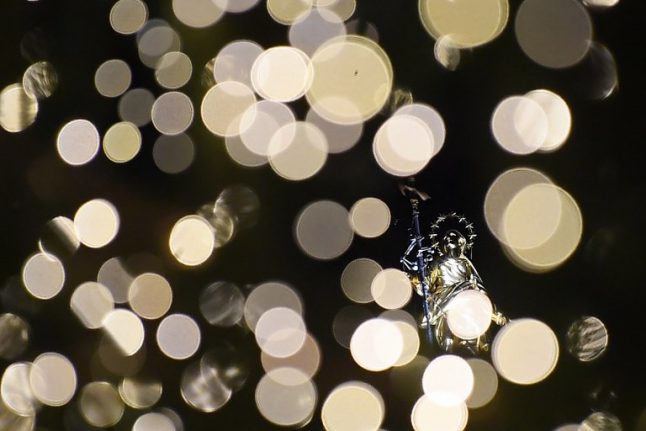 Milan celebrates its patron saint, Sant'Ambrogio, on December 7th. It celebrates with one of the oldest fairs in Italy, Oh Bej! Oh Bej! (“How beautiful!” in local dialect), which takes place this year from December 7-10th around the Castello Sforzesco. Expect festive foods and decorations but also bric-a-brac, books and local crafts.

If you're still in the mood to shop – and sample – Milan also hosts the Artigiano in Fiera trade fair until December 10th, featuring food, crafts and other products made by artisans from across Italy and the world.

Check out our full guide to Italy's Christmas markets for other festive shopping spots.

Ski down a volcano Skiing in Sicily? On an active volcano? Yes, we swear you can. Mid to late December is one of the best times to ski on Mount Etna, whose high altitude means you should get great snow cover. Though there's less variety compared to Italy's larger resorts, it's a unique experience – plus you get to spend the rest of the trip exploring everything that Sicily has to offer.

See Florence in a different light Every evening from December 8th to January 7th, some of Florence's most famous landmarks will be illuminated by artists as part of the Florence Light Festival. Expect psychedelic flowers on the Loggia del Porcellino, a silent fairy tale on the walls of San Lorenzo church and geometric shapes reconfiguring the Ponte Vecchio. There are also talks, tours and activities throughout the festival around this year's theme, borders. Santas on bikes have  become a thing in several places around Italy. While most of the parades take place the first weekend of December, it's not too late to catch the 2017 Motobabbo – a chance to see Father Christmases on motorcycles, scooters and quads – on December 9th in Mirano, Venezia. This year more than 400 Santas are expected to join the ride.

Smaller, furrier and cuter all round, however, are the participants you'll find at Pergine Valsugana's festive procession on December 17th: the small town near Trento will host a parade of Bernese mountain dogs through its pretty Christmas market. Hopefully not too close to the sausage stands. December 16th sees the 25th annual Christmas concert at the Vatican, with a line-up that many festivals would envy. This year's performers include Patti Smith, Annie Lennox, Imany and Noa, as well as a host of local talent. All proceeds go to the pope's chosen charities and, if you can't get a ticket, the show will be broadcast on Italian TV on Christmas Eve.

Run past a world-famous tower Earn your Christmas dinner by having a go at the Pisa Marathon. Taking place on December 17th, the race finishes by the famous leaning tower – by which time you'll probably be feeling just as wobbly as it looks. There's also a half marathon and some much shorter fun runs on the same day if you want to save your legs.

See in Christmas by torchlight The town of Agnone in Molise has been celebrating the festival of Ndocciata for centuries. The ancient tradition sees costumed locals carry fan-shaped wooden torches through the town the night before Christmas, creating a “river of fire”. The spectacular procession culminates in a huge central bonfire.

This year Agnone is holding a special Ndocciata for visitors on December 8th in addition to the traditional parade on December 24th.

Get jazzy in Orvieto The Umbria Jazz Festival holds its winter edition each December in the hill town of Orvieto. Between December 28th and January 1st, enjoy the stylings of Marc Ribot, Jazzmeia Horn, Little Freddie King and other internationally renowned artists in the streets, theatres, museums and restaurants of this charming medieval town, an easy car or train ride from Rome. Ferrara hosts one of Italy's most lavish New Year's Eve celebrations at the Estense Castle. Fight the passing of one year by going back several centuries to a Renaissance-themed banquet complete with costumes and period food. Or, if you're looking for a cheaper option, watch the free fireworks show above the castle walls at midnight on December 31st.

Burn away the blues in Bologna Another New Year's tradition not to be missed takes place in Bologna, where each December 31st a specially made dummy known as the Vecchione (the old man) is ceremonially flung on a bonfire to symbolize the end of the old year. The burning takes place at midnight in Piazza Maggiore, but get there earlier to enjoy a concert beforehand. And make sure you get a look at the Vecchione before he goes on the fire: each year the dummy is designed by a different artist.