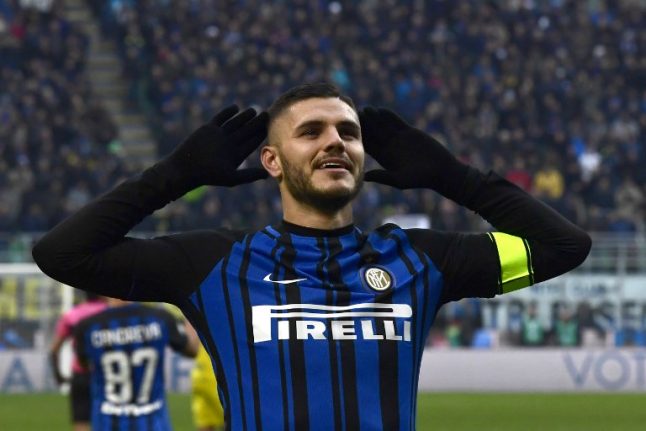 Massimiliano Allegri's defending champions choked Napoli as they ran out 1-0 winners at the San Paolo Stadium thanks to a goal from former Napoli man Gonzalo Higuain, and on Saturday, December 9th, they face hated rivals Inter, unbeaten and flying under new coach Luciano Spalletti.

Inter, who haven't won the league title since Jose Mourinho led them to the treble in 2010, took advantage of their old enemy's win in southern Italy by hammering Chievo 5-0 on Sunday December 3rd to move a point above Napoli and take top spot in Serie A for the first time since January 2016.

Rejuvenated under Spalletti following a disastrous season last time out that saw them finish seventh and go through three managers, they are now eyeing a return to the apex of Italian football to end Old Lady Juve's uncontested reign as queen of Serie A.

“At Napoli Juve showed that they can be unpredictable and full of quality,” said Spalletti after beating Chievo. “They are very strong at home, but I can't imagine a better opportunity to see who's more ready for it.”

Napoli will be ready to retake first place at home to Fiorentina and give themselves a title boost after being dumped out of the Champions League following their 2-1 defeat at Feyenoord on Wednesday.

Spalletti came to Inter fresh from leading Roma to second place and a club record points total last season and has breathed new life into the chaotic Nerazzuri since arriving in Milan, taking them to 39 points after winning 12 and drawing three of their 15 Serie A fixtures.

His team lead a pack of three teams separated by just two points — Juve are third on 37 — with Roma, who travel to Chievo on Sunday, and Lazio, at home to middling Torino, a further three and five points back respectively having played a game fewer.

Former Russian Premier League winner Spalletti has done this by extracting the best from largely the same team that failed so dramatically last year. Chief among them captain Mauro Icardi and Manchester United target Ivan Perisic.

Both come into Saturday's clash in red-hot form, with Croat Perisic's hat-trick against Chievo taking him to seven goals and six assists and Icardi bagging five goals in his last three matches, a burst that has seen him overtake Lazio hot-shot Ciro Immobile at the top of the Serie A scoring charts with 16 goals in 15 matches.

Icardi is the archetypal big-game player and loves playing against Juve, with seven goals in nine league matches against the champions, stretching back to a brace scored for Sampdoria back in January 2013.

Both he and Perisic were on the mark when Inter last beat Juve, coming from a goal down at the San Siro early last season to win 2-1. A similar result on Saturday would be a sign that Inter are here to stay.