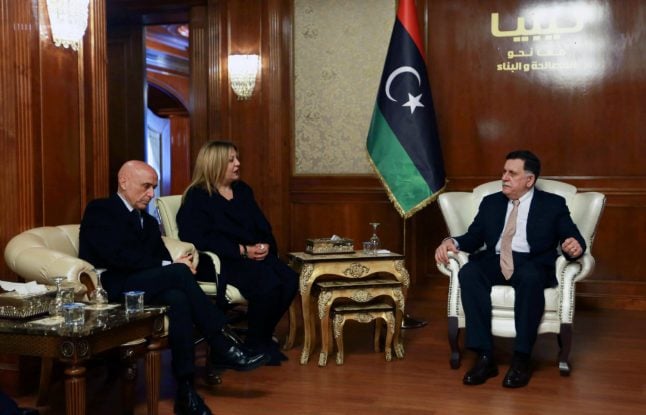 The announcement was made after talks in the Libyan capital between Italian Interior Minister Marco Minniti and Libya's Prime Minister Fayez al-Sarraj.

Intelligence agents, coastguard and judicial officials from both countries will sit on the commission, Sarraj's office said in a statement.

Human-trafficking networks have flourished in the chaos that followed a NATO-backed uprising which toppled long-time Libyan dictator Muammar Gaddafi in 2011.

Sarraj said on Thursday the number of migrants stranded in his country was “staggering… we are talking about 500,000 migrants outside holding centres and 20,000 in the 42 centres run by the interior ministry”.

But speaking after talks in Berlin with German Chancellor Angela Merkel, the Libyan premier vowed to take action to ease the plight of these migrants, most of whom come from sub-Saharan Africa.

He said central European countries will be providing Libya with 35 million euros within a week to help the North African country in its anti-immigration efforts, the statement added.