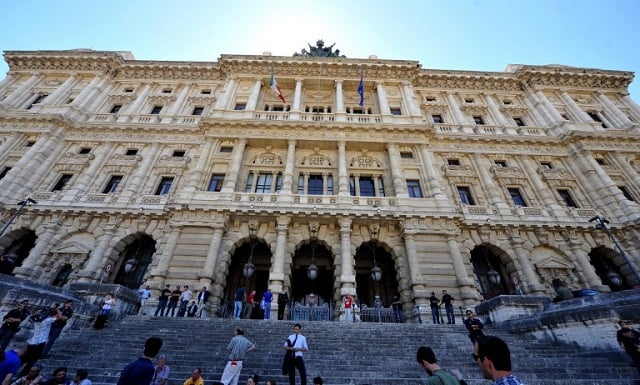 Taken alongside other evidence, a Facebook like can be a “serious indication of guilt and therefore justifies pre-trial detention in jail”, the Court of Cassation ruled.

The judgment related to a Kosovan man resident in Fiesse in the Brescia area, who was expelled from Italy in November 2016 on charges of online propaganda.

He had lived in the country for around ten years and at the time of his expulsion, the Interior Ministry said, the man's Facebook page “contained documents and files of jihadist propaganda, as well as contacts with two well-known Islamists”.

However, the man denied any intent to share jihadist propaganda and distanced himself from Islamist violence.

A Brescia Court of Review twice ruled that the evidence against him was insufficient, noting that: “Evoking holy war does not necessarily result in the creation of organized structures aimed at carrying out terrorist acts”, the local Giornale di Brescia reported. The court further said that the man's references to the conflict in Syria did not constitute a “clear reference to Isis”, and pointed to the short period time in which the offending materials were published – within less than two weeks – as another mitigating factor.

But in the ruling filed on Tuesday, the Court of Cassation accepted an appeal filed by the Brescia prosecutor, saying that it was “self-evident” that the man had openly praised Isis, its acts and symbols, and also said that the Court of Review judges had not taken into account the suspect's connections with two other men suspected of extremism.

Furthermore, the top court said that in contrary to the review court's assessment, the short time period and the fact that the man had merely clicked 'mi piace' – or 'like' – on one of the videos rather than actively sharing it should not be factors which reduce the “offensive scope” of his actions.

Clicking 'like' on content on Facebook means that it won't be added to a user's own Facebook page or timeline, but it will appear in the newsfeed of some of their friends on the network. The number of users who are shown the post varies depending on factors determined by the site's algorithms.

Italy has taken a hardline approach to so-called apologists for terrorism.

At the start of 2015, the country's cabinet approved a slew of anti-terrorism measures, including jail terms of up to six years for “foreign fighters” as well as those who recruit would-be jihadists. The measures also included confiscating the passports of suspected militants and giving more powers to Italy's intelligence services.

Since then, the country has deported well over 100 people for religious extremism.