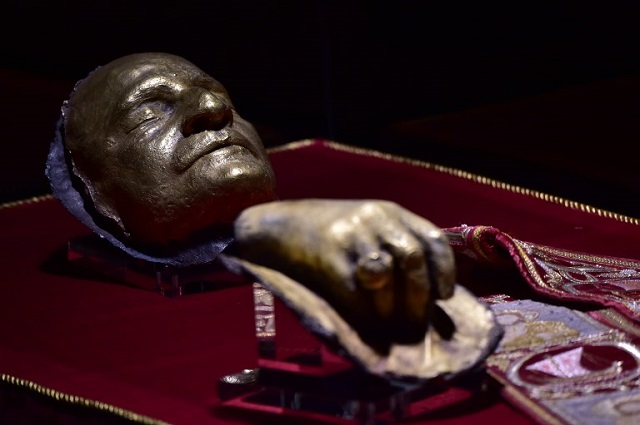 “Trading in” or “selling relics is absolutely forbidden,” the Catholic Church's saint-making office said in a new guide on how to verify relics' authenticity and preserve them.

The bones, hair, fingernails and skin of Roman Catholic saints have been preserved and cherished through the centuries, including the tongue of Anthony of Padua, head of Catherine of Siena and a vial containing the blood of pope John Paul II.

While it would be difficult to sell famous relics such as the Holy Shroud of Turin — seen by many as Christ's burial shroud — on the black market, there are antique shops and popular websites selling the so-called relics of minor saints.

Not only should they not be sold, relics can be displayed in churches only with a certificate attesting to their authenticity, said the Congregation for the Causes of Saints, which oversees the complex process of canonization.

“Distinguished relics” are defined as “the body of blessed people and saints, or notable parts of those bodies, or their ashes” while lesser ones include “objects that have been in direct contact with their person”.

Bishops are tasked with verifying whether the spots of blood on ancient tissue or strip of raggedy cassock are real, with the help of a tribunal made up of a pathologist or doctor and two believers.

If the team is unable to rule immediately, the object is kept “under lock and key with special measures taken to prevent it being stolen or desecrated,” including with the bishop or another trusted confidant standing guard.

Those dealing with the corpse of a deceased saint or blessed person are “not allowed to dismember the body” without the Vatican office's permission. Once verified, the relic must be kept in a sealed reliquary.