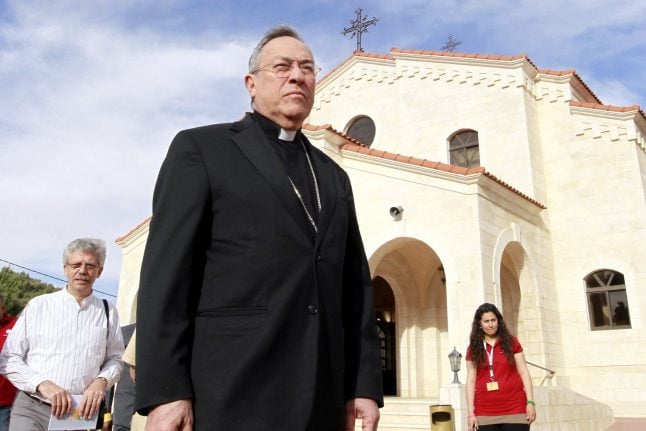 Cardinal Oscar Oscar Maradiaga looks on during a visit to the Regina Pacis Centre in Amman, Jordan on May 18th 2014. Photo: Khalil Mazraawi/AFP

L'Espresso on Thursday said the cardinal was paid more than 500,000 euros in 2015 alone by the Catholic University of Tegucigalpa, citing an internal report from the academic institution.

Hitting back at the claims, Maradiaga said the archdiocese and not himself personally received monthly payments that were “more or less” the amount described in reports.

The sums were used to “pay the seminarians' tuition, to fund the building and renovations of churches and to provide economic assistance to priests in rural parishes or to priests who have no livelihood” in Honduras, he said in an e-mail message to the Catholic News Agency (CNA).

“With these funds, we also help a lot of poor people that seek help every day.” Maradiaga instead blamed a former university employee for spreading the allegations.

“A little more than one year ago, we had to fire a manager of the university because he was stealing,” the cardinal said. “Shortly after, an anonymous defamatory paper was spread, filled with a series of calumnies of the kind published this week.” he said.

Vatican spokesman Greg Burke confirmed Friday the pope had ordered an investigation, without going into detail.

Maradiaga, who leads a powerful group of senior clerics that advise Francis notably on church reforms, has in the past been suggested as a possible candidate for pope.

L'Espresso revealed that an Argentine bishop sent by Francis as an envoy to Honduras in May returned with a report detailing the payments based on accounts from about 50 witnesses, including university and church staff members.

Some of the money was invested in London financial firms such as Leman Wealth Management, L'Espresso said, while funds transferred to German accounts seemed to have disappeared.

A member of the Tegucigalpa archdiocese, Father Carlos Rubio, told the CNA the Catholic university financially supported “all bishops, not only the cardinal, to help dioceses” in poverty-stricken Honduras.

On December 29th, Cardinal Maradiaga turns 75, an age at which all bishops offer to resign, and the pope can decide whether or not he will accept.

Coinciding with L'Espresso's story, Pope Francis lashed out at ousted officials of the Vatican's governing body for presenting themselves as “martyrs” in his annual Christmas address on Thursday.

“They let themselves be corrupted by ambition and vain glory,” Francis said in his blistering address to the Curia.