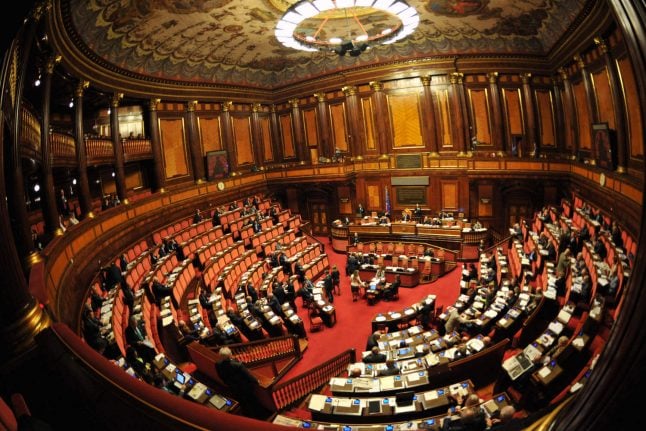 The Italian Senate during a voting session on economic reform measures demanded by the European Union, in Rome on November 11th 2011. Photo: AFP.

Under the bill called “right of the soil” or Ius soli, children under 12 who have spent five years in school would qualify to be naturalised. The rule would also apply to children born to non-Italians.

The Senate was near empty during the vote on Sunday, newspapers said.

Currently, foreigners born in Italy can only apply for citizenship when they turn 18 and if they have lived in the country since birth.

Only 116 of the 319 Senators were present in the house and the vote was deferred to January 9, by which time parliament is likely to have been dissolved ahead of legislative elections in March.