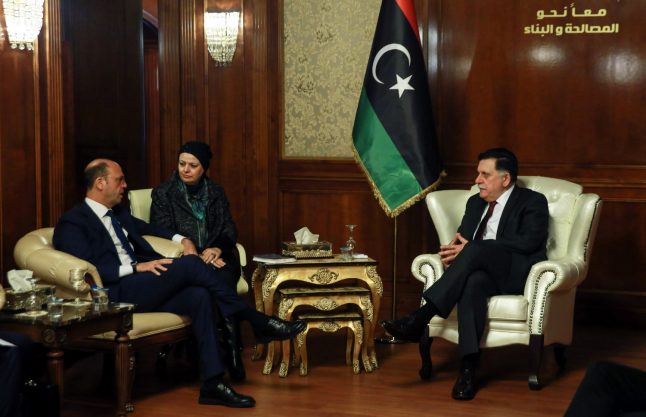 Angelino Alfano met officials of Libya's UN-backed unity government and paid a call at Tripoli port to an Italian naval vessel whose crew has been assisting the Libyan coastguard.

Italy's Prime Minister Paolo Gentiloni said earlier this month his country could “hold its head high” over its treatment of migrants, after rights group Amnesty International accused Rome and other EU governments of being “knowingly complicit” in abuses of migrants in Libya.

“Finally, the spotlights have been turned to the human rights situation in Libya. This is to our credit,” Gentiloni said.

Amnesty has warned of legal action against Rome and other EU governments over the bloc's policy of helping the Tripoli government stop migrants from travelling to Europe.

Libya has long been a transit hub for migrants seeking a better life in Europe, but people smugglers have stepped up their lucrative business in the chaos which has engulfed the country since its 2011 revolution.