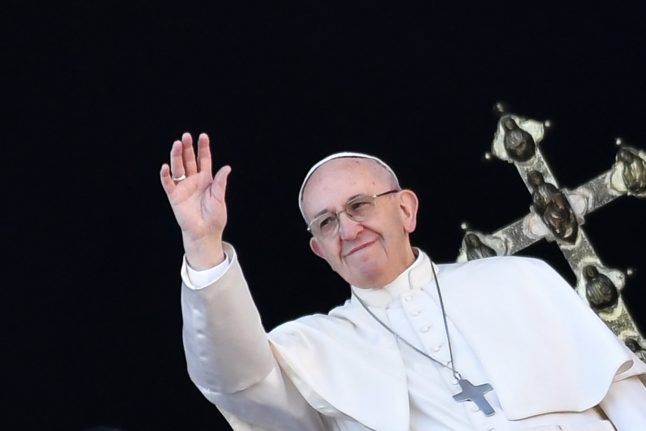 In the traditional “Urbi et Orbi” address in Saint Peter's Square, the pontiff spoke of “growing tensions between Israelis and Palestinians”, hoping that the “will to resume dialogue may prevail between the parties and that a negotiated solution can finally be reached, one that would allow the peaceful coexistence of two states”.

“Let us pray that confrontation may be overcome on the Korean peninsula and that mutual trust may increase in the interest of the world as a whole,” the pope said.

In his Christmas eve mass on Sunday Pope Francis urged the world's 1.3 billion Catholics not to ignore the plight of migrants who are “driven from their land” because of leaders willing to shed “innocent blood”.

“So many other footsteps are hidden in the footsteps of Joseph and Mary,” the Argentine pontiff, himself the grandson of Italian migrants, told worshippers in Saint Peter's Basilica.”We see the tracks of millions of persons who do not choose to go away but, driven from their land, leave behind their dear ones.”

Many engulfed in the ongoing migration crisis were forced to flee from leaders “who, to impose their power and increase their wealth, see no problem in shedding innocent blood”, said the 81-year-old.

The pontiff's plea for “hope” came as fresh tensions simmered in the West Bank following Washington's recognition of Jerusalem as Israel's capital.

The announcement by US President Donald Trump on December 6th unleashed demonstrators and clashes, including in Bethlehem in the Israeli-occupied West Bank where Christians will mark the birth of Jesus at a midnight mass.