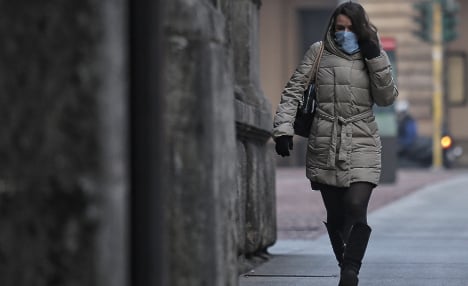 A daytime traffic ban in Turin, where safe limits have been surpassed for 15 consecutive days, has been extended to include Euro 5 diesel cars despite rain being forecast. A similar initiative was imposed in October, when pollution values broke the limit for several days.

Restrictions on Euro 4 cars are in place in Milan, where the pollution rate has also broken the legal limit, and other parts of Lombardy, excluding Como, while 85 municipalities across Veneto have traffic limitations in place.

Dozens of Italian cities are in the air pollution danger zone, with 25 exceeding the EU’s standards for air quality by mid-October, according to a report by Legambiente, the environmental organisation.

EU standards specify that cities should have no more than 35 days of poor air quality – when levels of PM10 pollution exceed 50 micrograms per cubic metre of air – per year.

Turin had 66 days of poor quality air between January and mid-October, followed by Cremona with 58 and Padova with 53. Venice had 52 and Milan 50 during the same period.

Almost all of the worst affected cities are in northern Italy. Only Frosinone, south of Rome and an emerging centre of industry, falls outside Italy's traditional “industrial triangle” in the north-west.