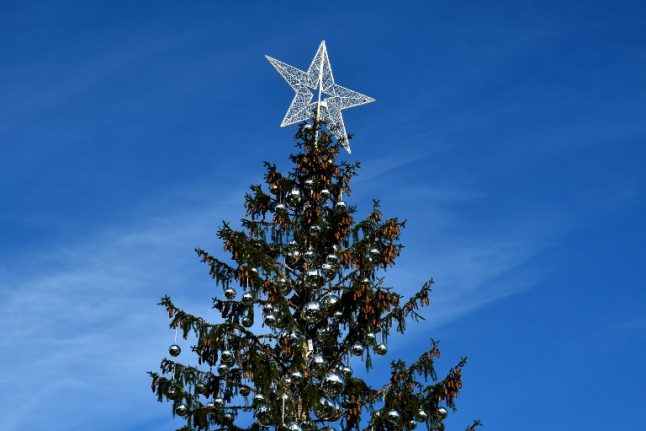 The Norway spruce — which was estimated to have cost the city some 48,000 euros ($57,000) — was declared dead on its arrival in Rome from northern Italy in December, with many saying it was a metaphor for the state of the capital.

But the underdog, pitifully weedy in comparison with the majestic trees at the Vatican and rival cities like Milan, soon built up a following of devoted supporters, as well as a Twitter account of its own.

“They say they want to put me in a museum. Move over Caravaggio,” it tweeted, in a reference to the Italian Baroque painter.

Fans have been hanging messages of encouragement on the tree, with one naming it the “9th king of Rome, after (Francesco) Toti,” the city's most famous football player.

Should a second life in a museum be out of the question, Rome council is exploring a Plan B to turn the tree into a wooden house to be used by breastfeeding mothers, or thousands of pencils for the city's schools, the newspapers said.