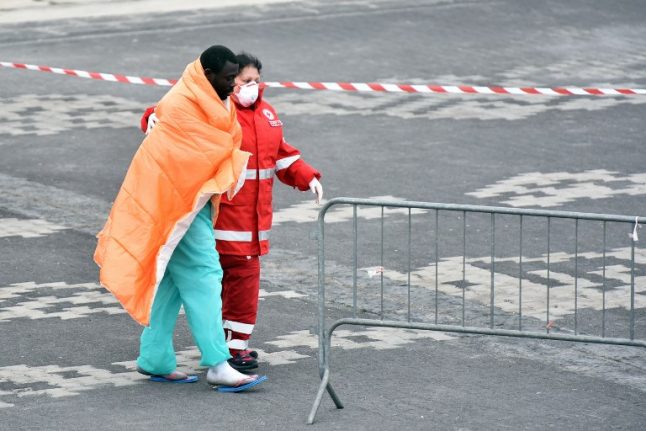 An inflatable boat loaded with men, women and children left Garabulli, 50 kilometres east of Tripoli, on Friday night, but after eight or nine hours it began to deflate and take on water.

Several people fell overboard, while others clung on to what was left of the boat as the bodies of drowned victims floated in the sea.

The Libyan navy and Italian coastguard rescued 86 people and recovered the bodies of six women and two men.

When the survivors arrived in Catania in Sicily on Monday, they said the boat had left with 140 to 150 people on board, meaning dozens were missing, including 15 women and six children aged two to six, according to aid groups – the United Nations High Commissioner for Refugees (UNHCR), the International Organization for Migration (IOM) and Doctors without Borders (MSF).

Sixty-four people died, according to the IOM's Italian office.

“We did many resuscitations. We resuscitated two children – a two-year-old and a three-year-old – and also a woman.”

The bodies of another two women were found on Sunday by the Libyan navy, which had rescued 290 others from two boats in distress.

Since the 2011 fall and killing of longtime dictator Muammar Gaddafi, Libya has become a key launch pad for migrants making desperate bids to reach Europe, often on unseaworthy vessels.

Last year alone, 3,116 people died attempting the crossing, according to the IOM.

There was a sharp drop in arrivals in Italy during the second half of 2017 following efforts by Rome to discourage migrants from attempting the crossing.