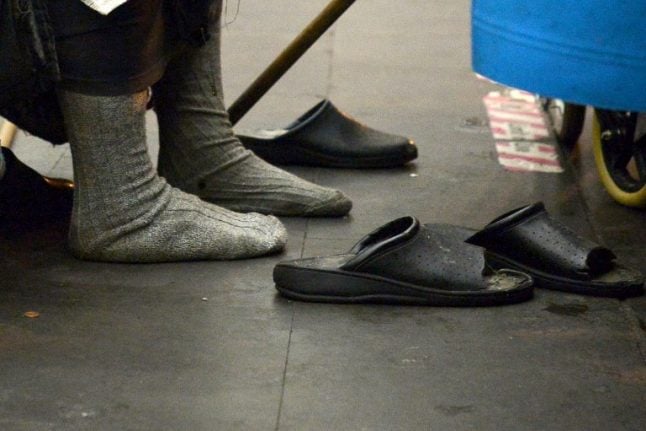 The man, 64-year-old Ahamed Fdil, was found dead inside the vehicle on the evening of December 13th. Police said his charred body was partially outside, suggesting that he tried to escape.

The younger of the two boys has admitted lighting paper towels and throwing them at the abandoned Fiat Brava, which Fdil regularly used as a shelter, police sources told the press on Friday.

He told investigators that “we only wanted to prank him”, according to the Corriere del Veneto.

Neither boy has been arrested. The case was referred to the regional juvenile prosecutor’s office, though since Italy does not consider children legally responsible for crimes until the age of 14, the younger boy cannot be charged.

Fdil, a Moroccan living in Italy who reportedly became homeless after being laid off from a local factory, was known to smoke and drink heavily, and police initially suspected that the fire started accidentally.

Yet witnesses reported seeing local youths harassing Fdil over several months, repeatedly following him and throwing firecrackers. Investigators reportedly have videos showing some of the abuse, according to Verona Sera.

Local residents told the news site that Fdil was well known and liked in the neighbourhood, where he was nicknamed “good old Gary”.

His shocking death, which made headlines across Italy, has been classified as murder.