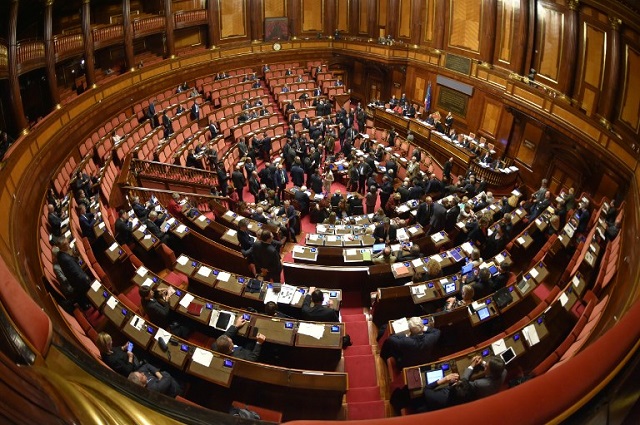 The announcement was made to mark 80 years in 2018 since Italy's Fascist government introduced racial laws discriminating against Jews.

Aged just eight at the time, Segre was expelled from her school after these laws came into effect and five years later she and most of her family were arrested after trying to flee to Switzerland.

She was deported to Auschwitz and was one of only 25 Italian child survivors of the 776 who were sent to that camp.

Segre said that Friday's decision was a “bolt from the blue”. Speaking to news agency Ansa, she said she felt a “grave responsibility” to ensure that the Italian Senate takes notice of “all the distant voices that risk being lost to oblivion”.

“The life of Liliana Segre is a testimony to freedom. As senator she will show us the value of memory,” said Prime Minister Paolo Gentiloni in a tweet.

For several decades after her liberation, Segre chose not to speak publicly about what she had experienced, but in the '90s she began to tell her story at schools and conferences. Since then, her testimony has been featured in multiple documentaries and books about the Holocaust.

The video below shows Segre speaking at Milan's American School.

Segre has also spoken out against “indifference” towards migrants and victims of people-traffickers in Europe today.

She is the first lifetime senator Mattarella has appointed; this is a small group, currently numbering six, which includes former presidents and those appointed by presidents on the basis of outstanding achievements.

READ ALSO: Lazio will take fans to Auschwitz in bid to tackle anti-Semitism