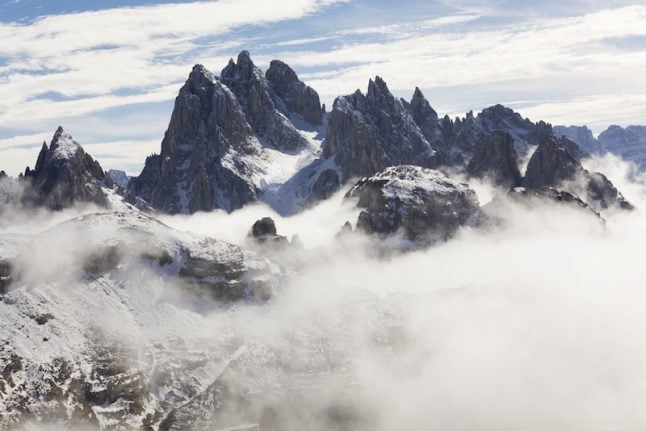 Up to three metres of snow were reported in Val Senales, also called the Schnalstal valley, where a provincial road linking several villages was closed due to the risk of avalanches. Ski resorts including Maso Corto are cut off until authorities judge it safe to reopen; it is unclear when that will be.

For the moment the avalanche warning in the north-western peaks of South Tyrol is at four out of five and will likely be raised to the maximum level before Tuesday, one of the region's meteorologists told Ansa. The region has seen record amounts of snowfall this winter, he said.

The heavy snow, combined with higher than average temperatures for January, has put much of northern Italy on high alert for avalanches.

The resort of Breuil-Cervinia, in the Aosta Valley near the border with Switzerland, also closed roads for the third time this month. Three days of non-stop snow left more than a metre covering parts the regional road into the town, Ansa reported.

There was better news for the ski town of Livigno, further east on the Swizz border, which was able to reopen its state road on Monday after closing it on Sunday night.

At least one large avalanche was reported, in the commune of Oyace in the Aosta Valley. The snow slide hit a road and narrowly missed a house, but no one was reported injured.

On Sunday, an avalanche in Badia in South Tyrol hit a group of hikers, knocking one 56-year-old man away. He managed to free himself and was reached by mountain rescuers, who took him to hospital with only minor injuries.

The heavy snow is expected to let up until Thursday, when rain and snow will return to northern Italy.