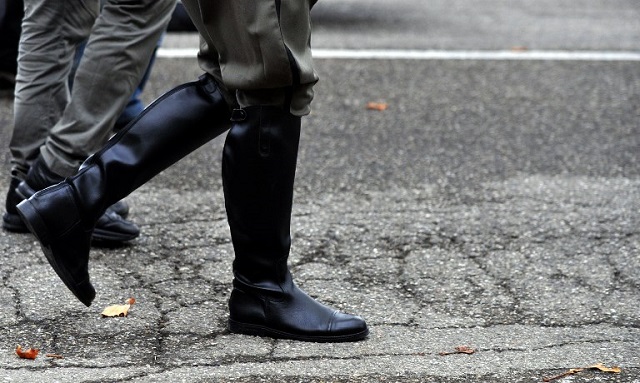 Far-right militants during a rally marking the 90th anniversary of the "march on Rome" in 2012. Photo: Tiziana Fabi/AFP

In 2018, Italy marks 80 years since the charter was published, preparing the way for the Racial Laws which came into force later that year. Under these laws, Italian Jews were stripped of their citizenship and banned from working in certain professions or attending school.

“Rome is anti-fascist,” said Virginia Raggi, the mayor of the capital. She made the comments in an interview with the documentary '1938. When we discovered we were no longer Italian', after its makers contacted Raggi to ask if renaming the streets would be possible.

The documentary features testimonies from Italian Jews who experienced persecution, as well as exploring the worrying resurgence in “nostalgia” for the fascist era.

According to Italian media reports, Raggi said the procedures to remove the names from the streets have “already been started” and that authorities plan to rename all of the capital's streets and squares which carry the names of the manifesto's signatories.

This would include Via Edoardo Zavattari, close to the Cinecittà World amusement park, which is named after a zoologist who supported fascism, as well as Via Arturo Donaggio and Lago Arturo Donaggio, both bearing the name of the former president of the Italian society of psychiatrists.

Raggi said she hoped Rome could set an example to other Italian cities in removing the names which “represent a shame for our country”.

The city has recently been battling anti-Semitism among football fans, with the Lazio club pledging to take fans to the Auschwitz concentration camp following a police investigation into offensive stickers showing Anne Frank wearing the shirt of rival club Roma.

Anti-Semitism has long been a feature of Lazio-Roma rivalry, with some supporters on both sides singing slogans to rival fans such as “Auschwitz is your hometown, the ovens are your houses” and “Anne Frank supports Lazio”.