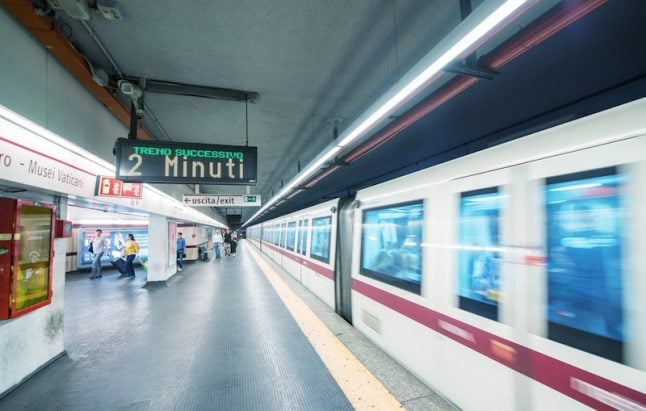 The woman, who is reported to be a Peruvian national, was hit by a B-line train at the EUR Fermi metro station in the south of the capital shortly before 1pm.

The impact trapped her between the platform and the train, with firefighters summoned to free her before she was taken to hospital with serious injuries.

She is expected to survive but may lose one of her hands, according to Roma Today.

Police are studying surveillance camera footage and eyewitness accounts to establish what caused the woman to fall onto the tracks.

They are considering the possibility that she was pushed, sources told Ansa.

The metro B was suspended in both directions for around three hours after the incident.