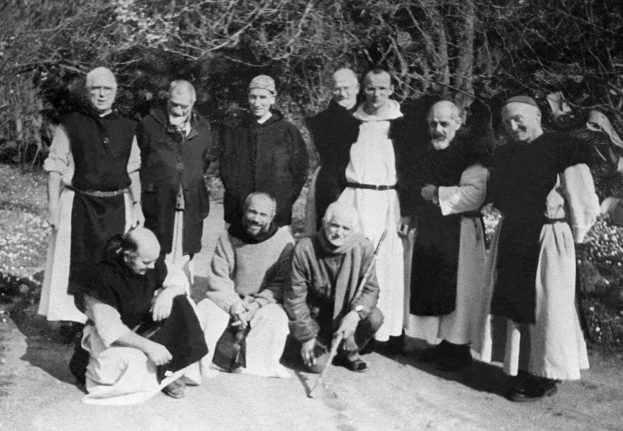 An undated file photo showing French Trappist monks from the Priory of Our Lady of Atlas in Tibehirine, including those recognised by the Vatican as martyrs in view of their beatification. Photo: AFP

On the night of March 26-27th 1996, the monks were abducted from the Priory of Our Lady of Atlas in Tibehirine, about 80 kilometres (50 miles) south of Algiers, by members of the insurgent Armed Islamic Group of Algeria (GIA).

Their heads were discovered two months later and their death was announced by the GIA.

The monks are part of 19 clergy slain in Algeria between 1994 and 1996, including Bishop Pierre Claverie of Oran.

The Vatican said the monks were murdered in odium fidei, or out of hatred for the faith.

The tragedy inspired a 2010 French film 'Des Hommes et des Dieux' (Of Gods and Men) starring Lambert Wilson and Michael Lonsdale. It won the Grand Prix at the Cannes film festival that year.

Beatification is reserved for three categories of people: martyrs, those who have lived a life of heroic values, and others with a clear saintly reputation.